I officially started the wheel fairings. In my opinion the instructions are kind of out of order and have you doing a lot of "extra" steps that can be avoided with a little bit of planning ahead. So I redlined the instructions and rewrote a few things and got to work.

First I drew a line around the edge with a pencil lying flat on the workbench. This makes a good straight edge to start from. I found that cutting the fiberglass with snips worked the best. 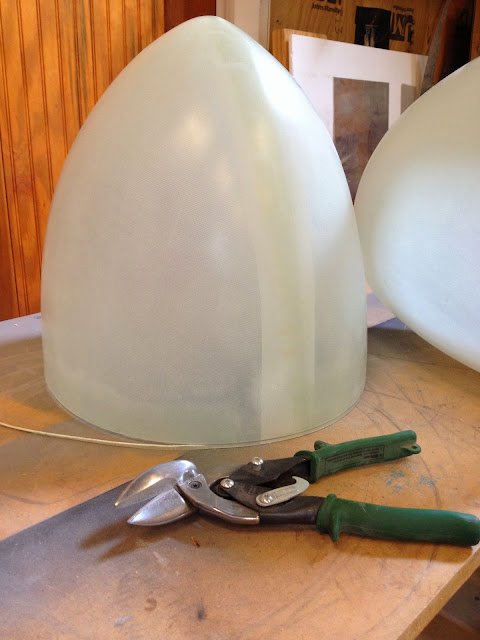 I then found the center line, level plane, and the point where the outboard attach hole will be located. This will help a great deal in lining everything up. 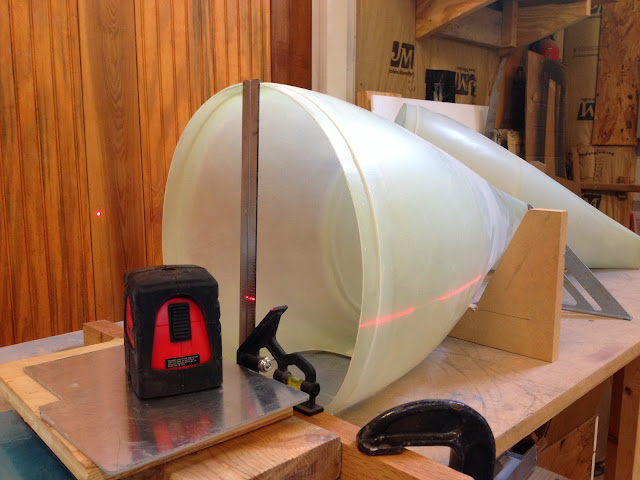 Repeat for the forward fairing. 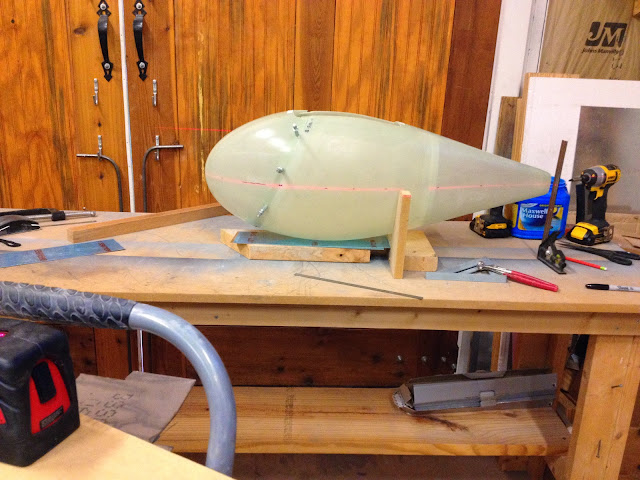 Then I built a small stand to hold the fairing level. The hole for the outboard screw was already drilled and the clearance above the wheel was verified. I also had to position the fairing in the roll orientation by placing spacers along the wheel against the edge of the fairing. Then, with a centerline of the aircraft drawn on the floor I was able to position the fairing straight in the yaw orientation. I had the hole positions marked on the internal support bracket before positioning the fairing. So once it was in the proper attitude I drilled through the faring into one of the bracket location to fully secure the fairing. 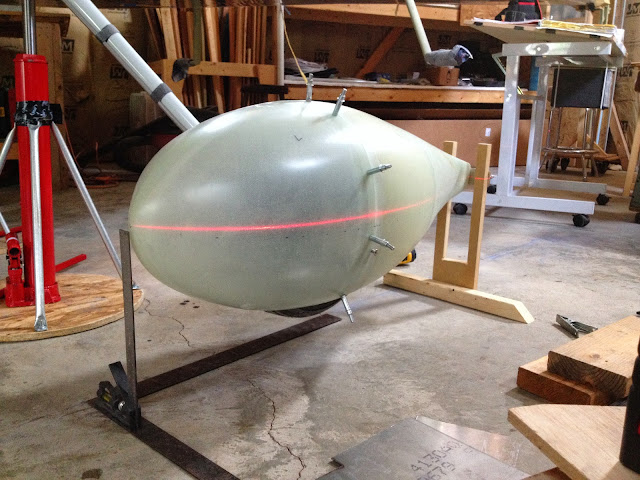 Here is a close up of the markings on the floor and the stand. 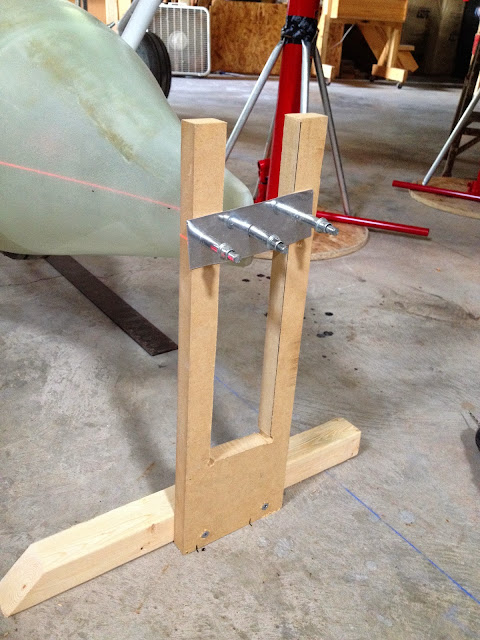 You have to cut a clearance hole for the landing gear. No big deal as the hole will be covered up later by another fairing. 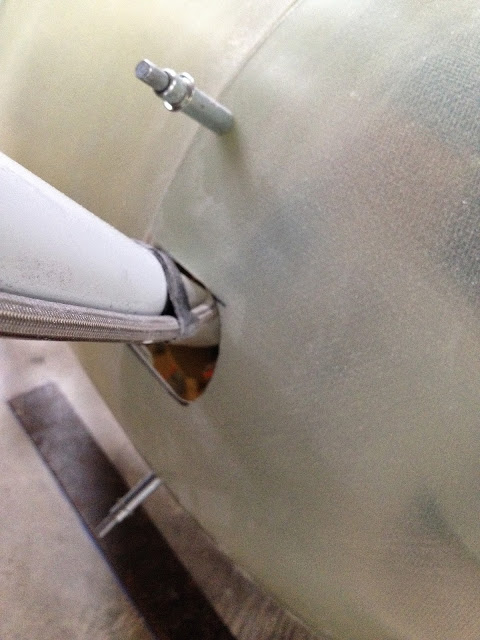 Here are all the fairings properly positioned. 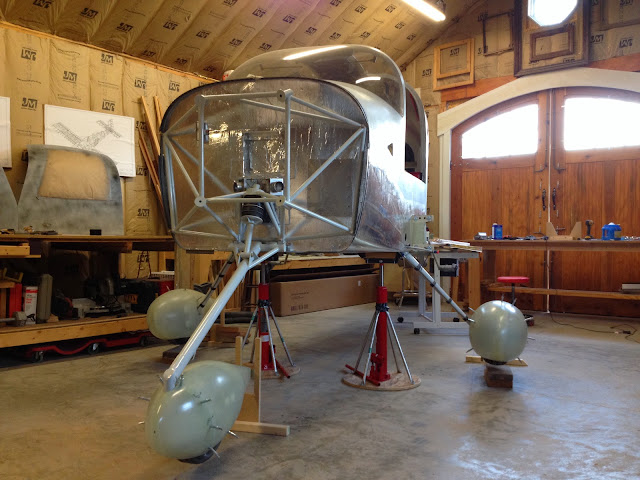 I outlined the position of the brackets on the fairing itself to help me know where to drill the screw holes in the next couple steps. First I drilled several small holes inside the outlines and squirted epoxy into the holes and against the brackets inside, a liquid shim. Note: be sure to tape up the internal brackets before applying the epoxy. The next step is where the outlines help out. With the dried epoxy filling the gap between the fairing and the bracket you can't see the bracket. The squares help identify a good location to drill screw hole. 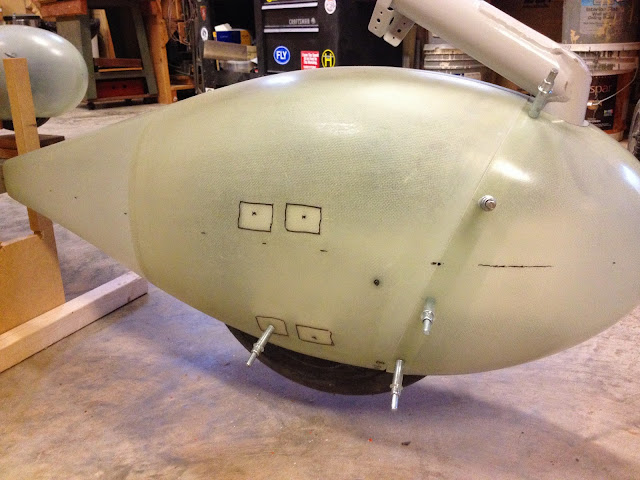 After the epoxy dried I pulled off the fairings to clean up the mess the "liquid shim" left behind. 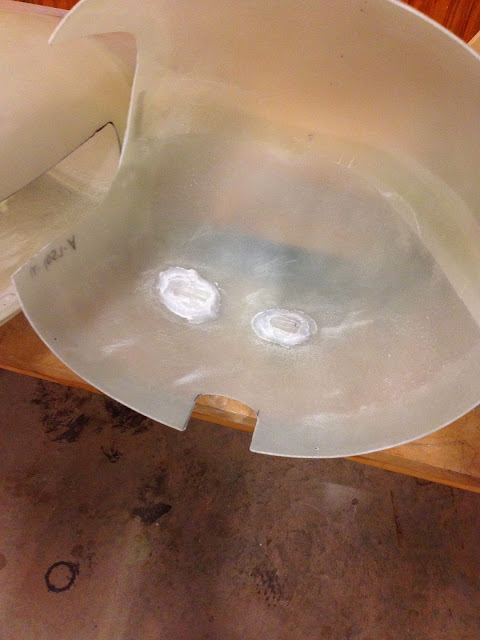 The master craftsman at work! 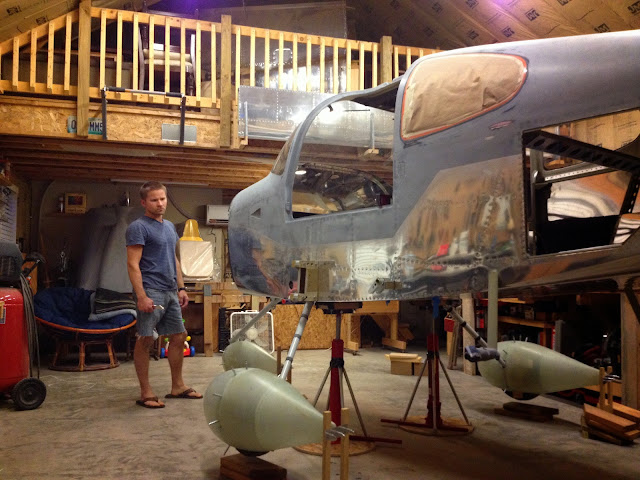 Help from my apprentice installing the nutplates on the fairing brackets. 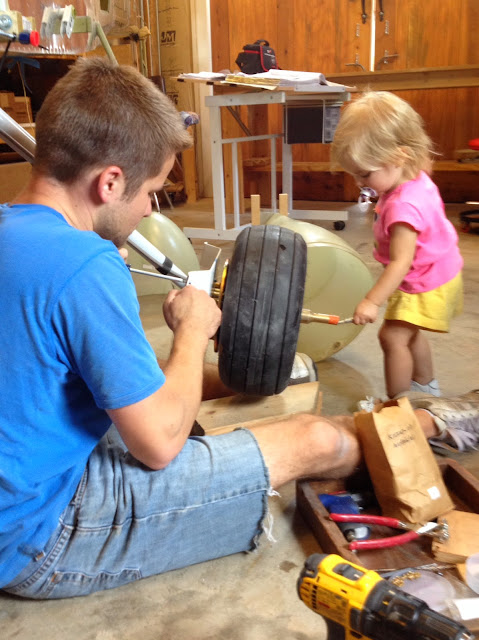 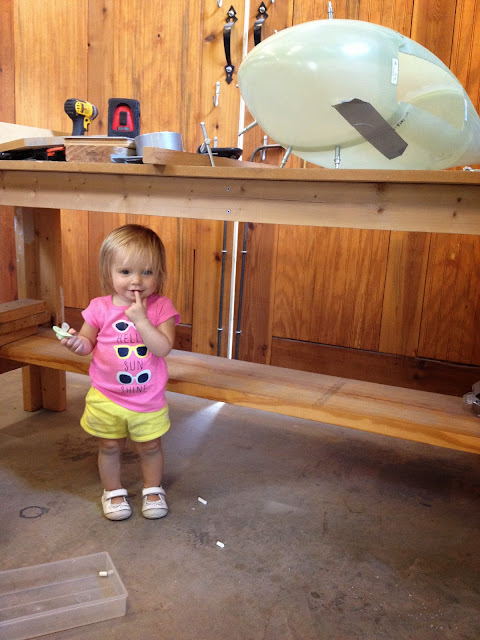 Posted by Justin Twilbeck at 3:06 PM