A friend of mine stopped by to help me rivet the oil cooler mount in place on Friday...thanks Kris! I was a little worried it wouldn't be dry before he showed up but no problems. I etched, alodined, and painted the oil cooler mount with some high temp paint. I'm pretty sure I'm going to do this on all of the parts in the engine compartment.

Then, on Saturday morning, the 19th of July, one week after my 31st Birthday, we installed the engine on the airplane!!! A couple of friends/coworkers stopped by to help me out. They made it easy work and that was without an engine leveler. Thanks Chris and Mike!

Here is the painted oil cooler mount riveted to the firewall. We just back riveted it on just like you do on the wing skins. Pretty easy job. I still need to finish sealing it in though with the 3M fire sealant. 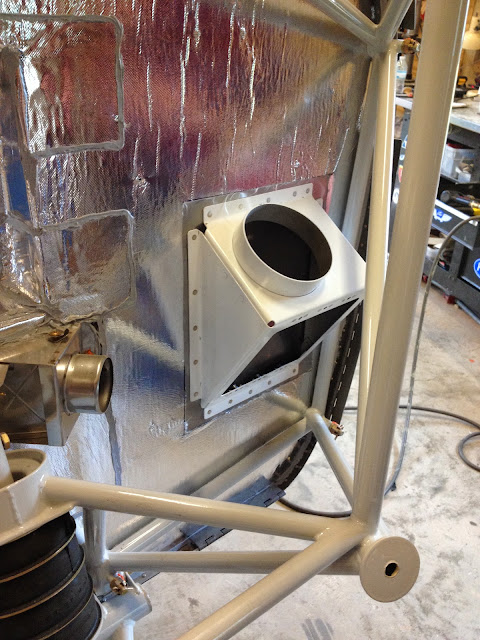 I then wanted to get the push pull cables in place for the heater vents. Pretty easy with the engine off. 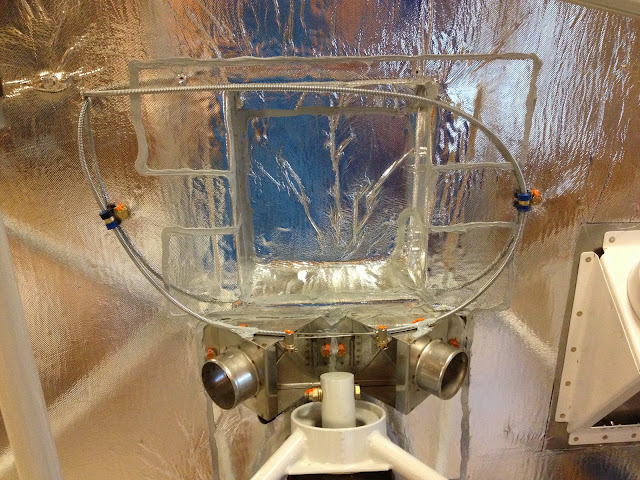 This is the nut you use to attach the Dynafocal mounts onto the engine. I first thought I didn't have the hardware to install the mounts. But then found that they came packaged inside the fuel injector box. But I wanted to note that the nut has a flat "washer" side, note the small boss on the nut. This is the side that should rest against the lock washer. Not a big deal either way, but why not pay attention to the hardware.

You're supposed to torque the nuts to 360inlbs in accordance with SSP1776 Textron Lycoming Service Table of Limits and Torque Value Recommendtations Table 1 pg 1-37. Not a problem on the front nuts but the back nuts are impossible. So, I used a "calibrated" hand and torqued them as best I could to match the front. 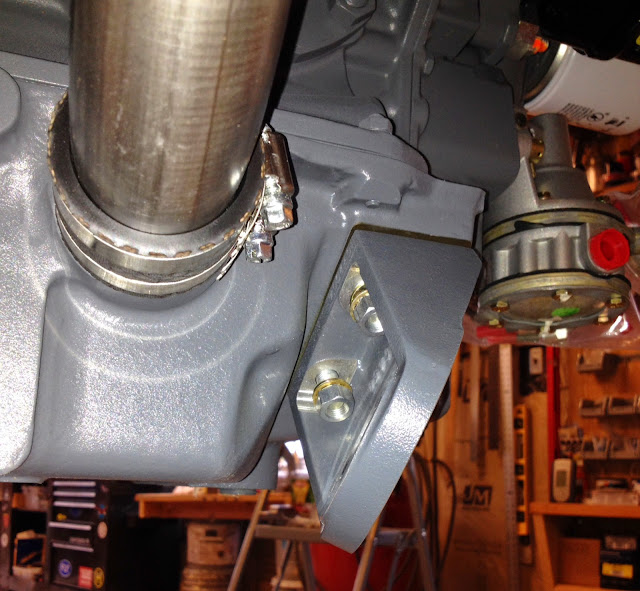 Now it's time to hang the engine! 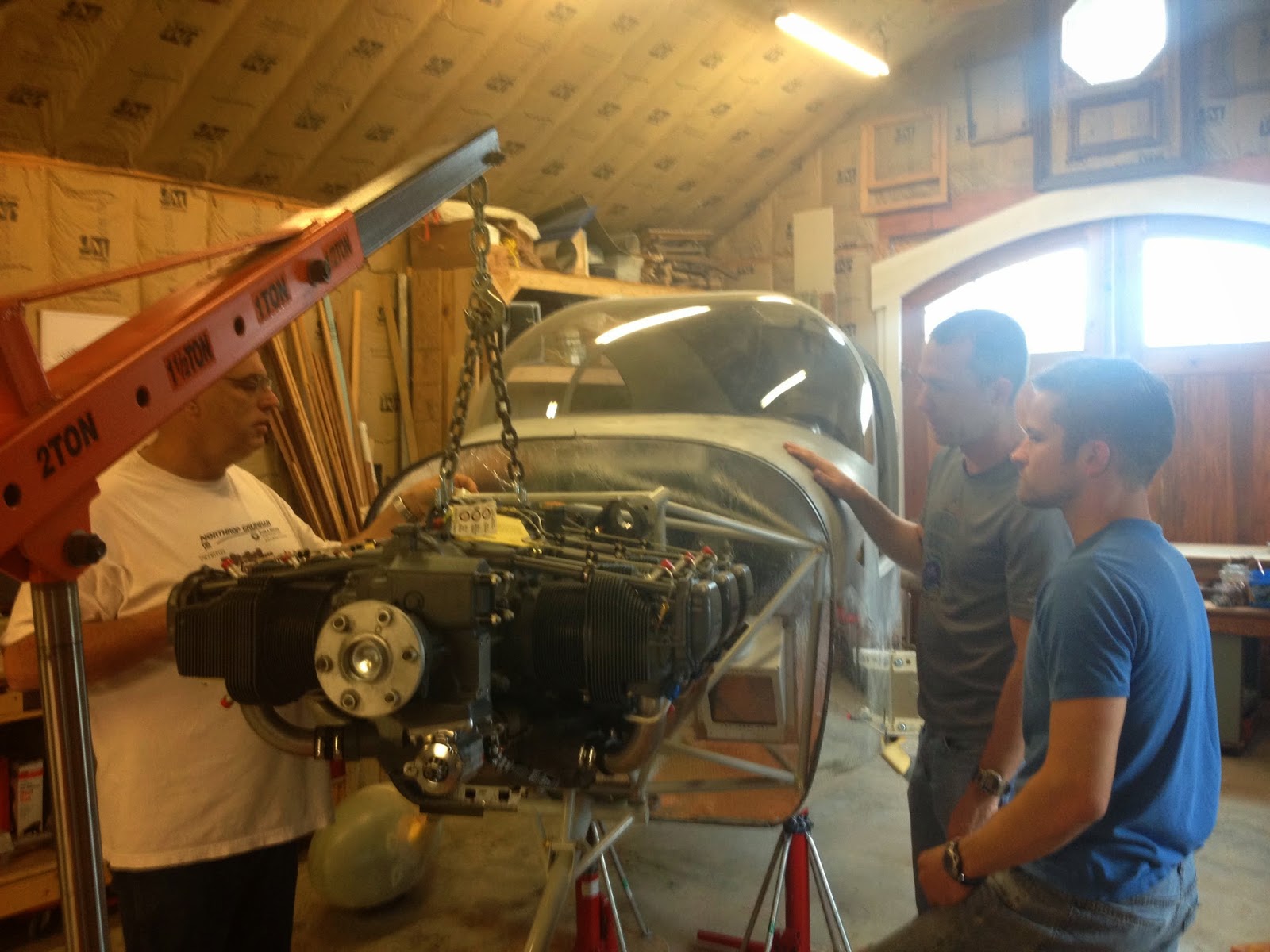 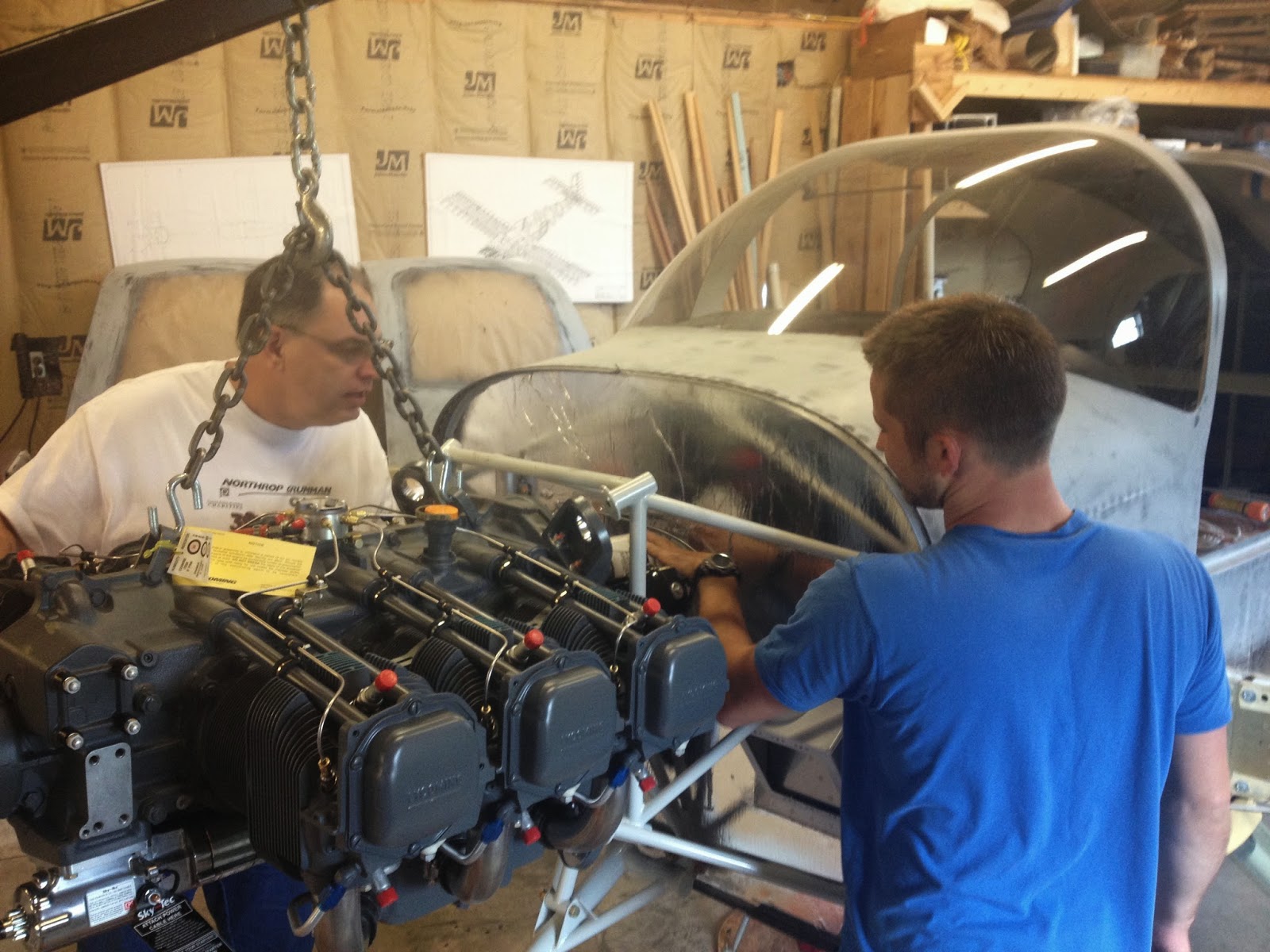 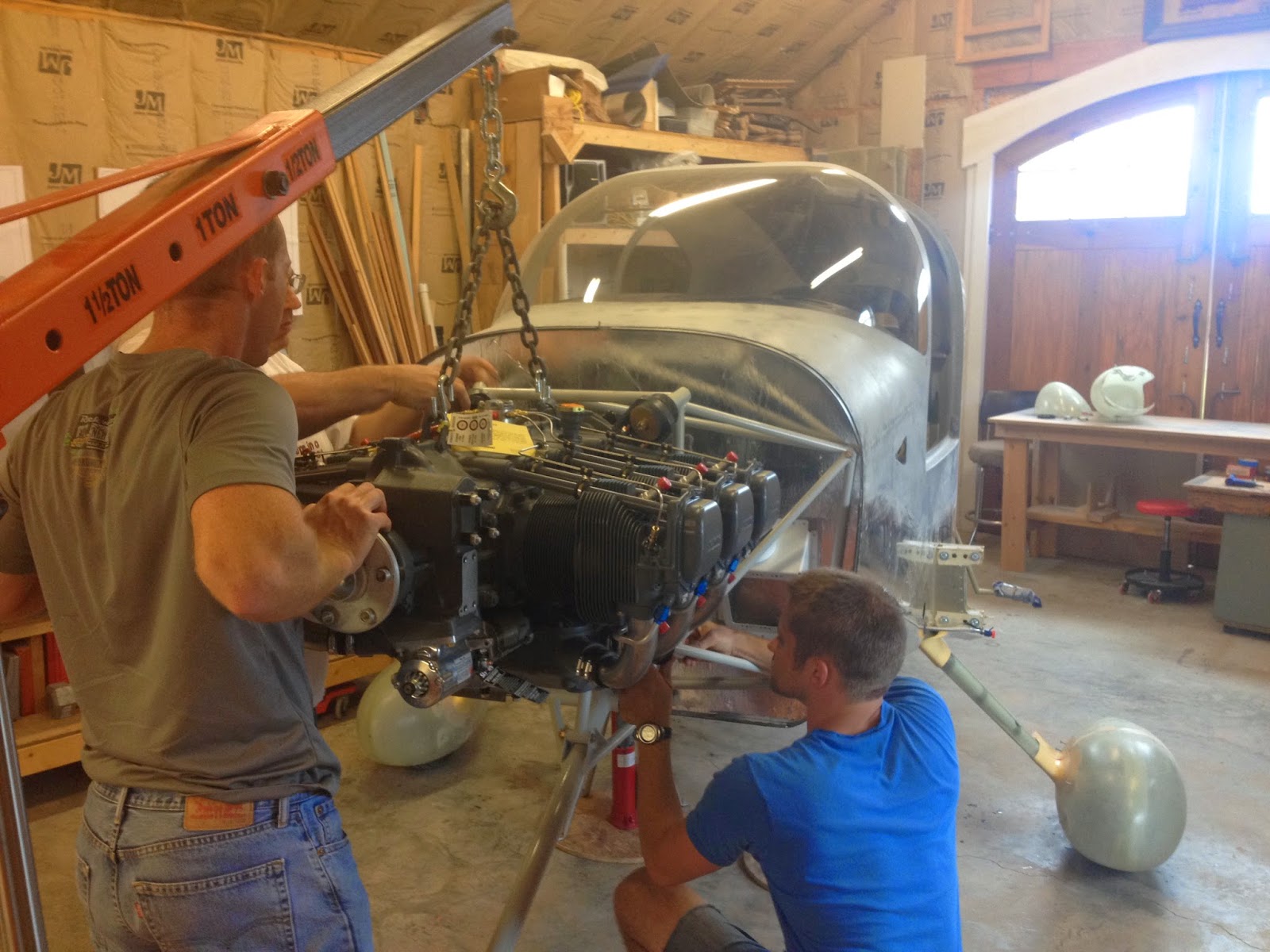 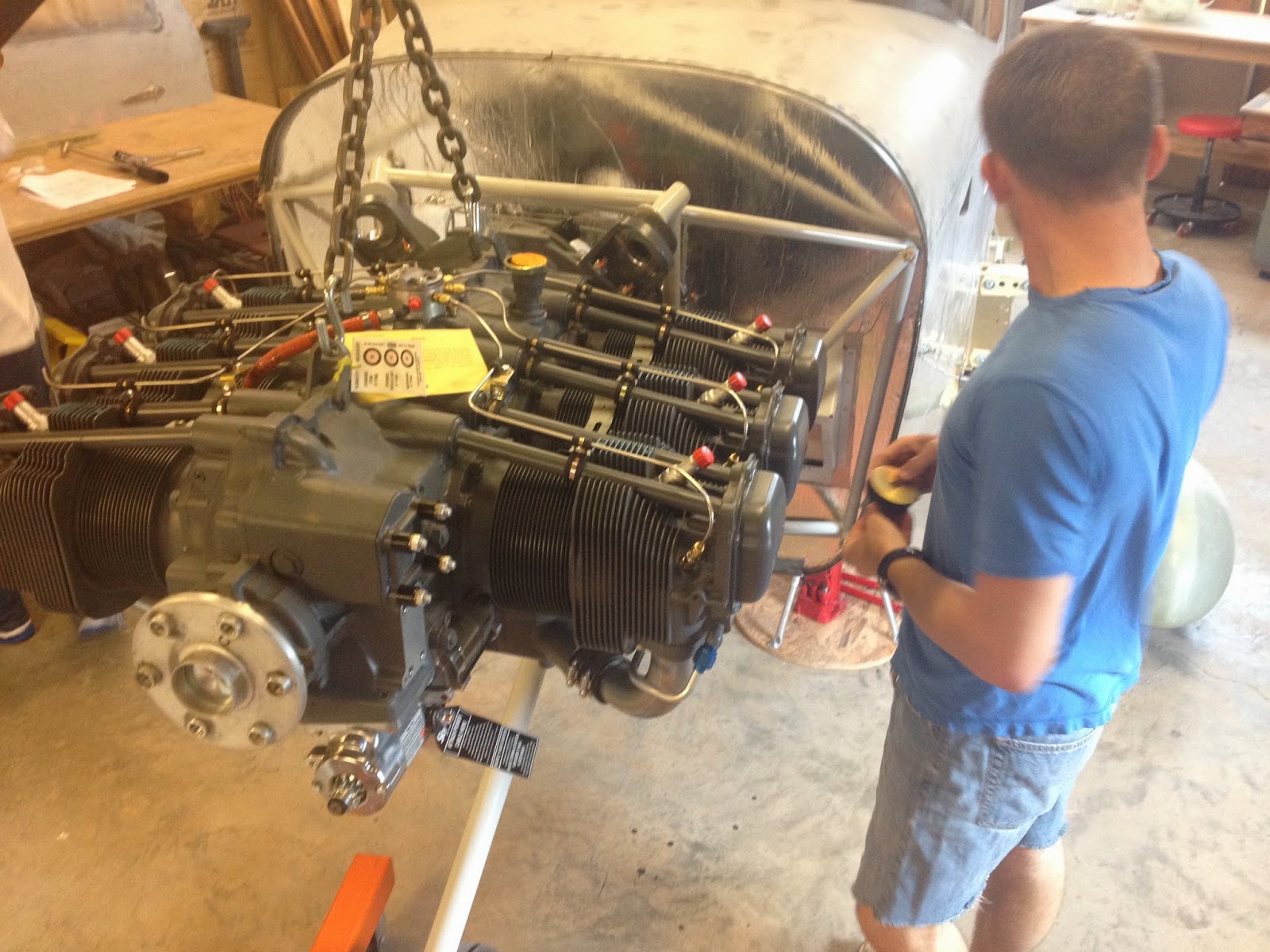 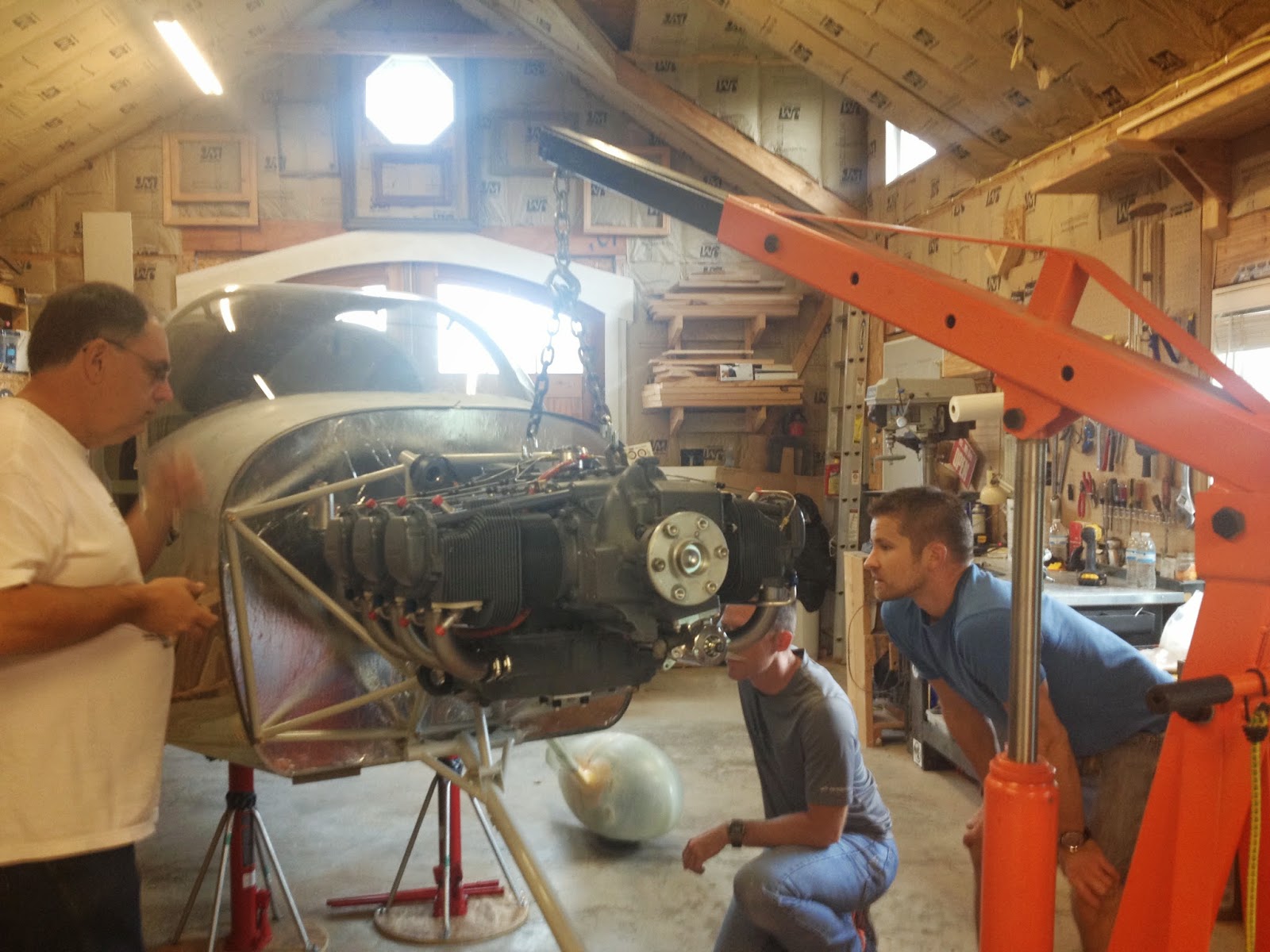 All done with the engine hanging on the plane. Only took about an hour or so. 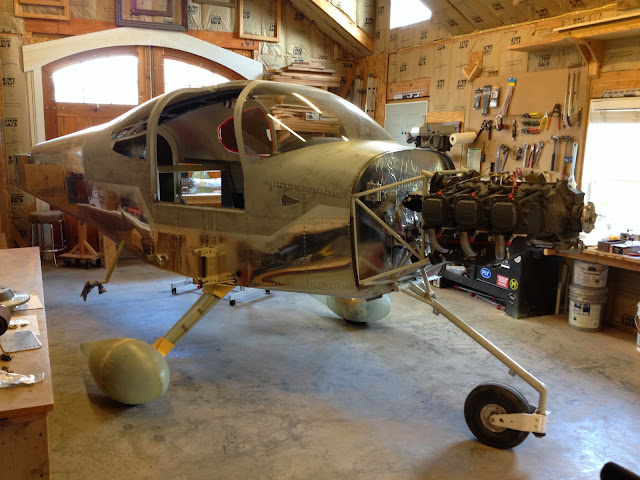 Another huge milestone in the build! 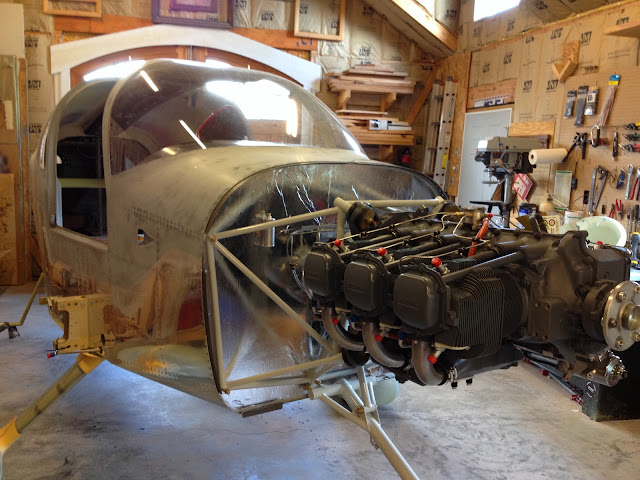 Posted by Justin Twilbeck at 3:53 PM