The stock plans for the RV-10 have you install a set of louvers on each side of the lower cowl. Which work well, but not great. The RV-10 tends to be limited in its climb rate by its CHT's (Cylinder Head Temperatures). You don't want you CHT's to rise above 400F.

As an airplane climbs less air makes it through the plenum to cool the engine and your temps rise. When the temps rise to that magic number you have to push the nose down to allow more air in and the nose down attitude also will slow your climb rate. In many other airplanes you are limited by your climb rate by the shear performance of the aircraft....it just doesn't have it, think Cessna 172. So you eek up into the sky at a lousy 500 fpm (feet per minute) taking forever to even make it to a decent cruise altitude of 9 or 10 thousand feet. The RV-10, as I said above, is limited by its CHT's. With cool CHT's this plane will climb at a pitch attitude most would find unnerving....it has the performance. The cowl flaps allow you to increase the air flow through the engine compartment by increasing the size of the airflow's exit area during a climb. The large exit area will slow you down in a level cruise attitude though, so you need a way to close the cowl flaps for cruise which is why these are motorized.

I was thinking of making my own cowl flaps - creating the design, making the parts, the work, the research, the hastle, etc. When Anti Splat Aero came out with a generic cowl flap for the RV market. I decided to not waste more time designing things for the plane and instead find a way to incorporate their flap into the RV-10.

With no evidence that a set of cowl flaps will improve the CHT's and thus the climb performance of the RV-10 I'm really feeling experimental. I hope that they do. Most high performance airplanes have them, so why not the RV-10. If I can get a steady, constant climb of 1500fpm I will be happy. 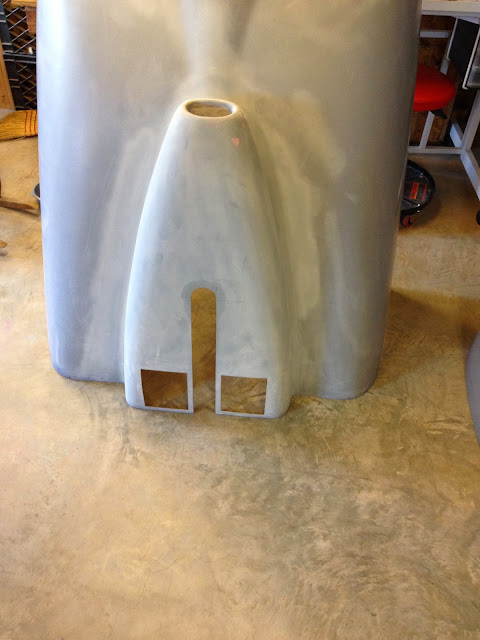 First I had to find a good place to install them. I wanted to stay near the spot that Vans had designed for their louvers. It turns out that with the curve of the cowling I didn't have much choice anyway. So I cut the holes in bottom of the cowling. 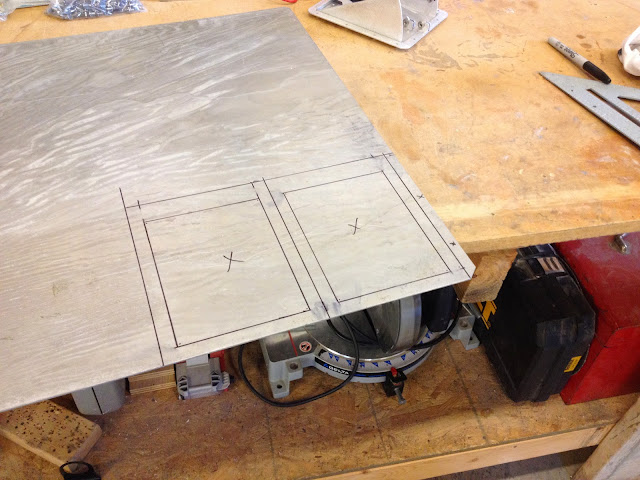 The cowl flaps hang lower than the cowling so they need to be spaced up. I also wanted the spacers to be a structural reinforcement of the cowling. I created two square "frames" from 0.125" 2024-T3 aluminum plate that will reinforce the large holes in the cowling and act as a spacer under the flaps. 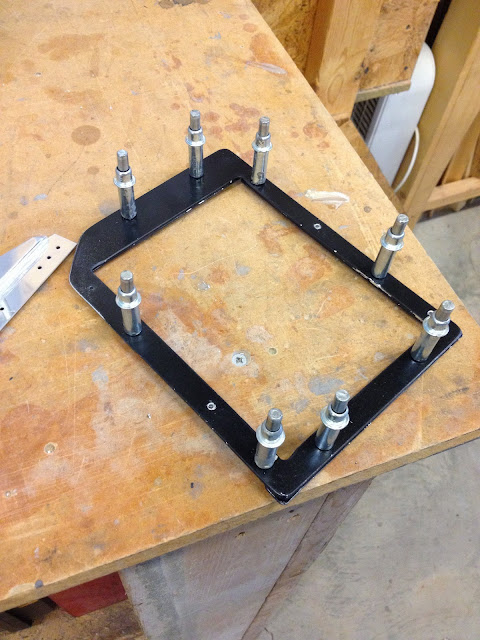 One of the frames painted with high temp paint. 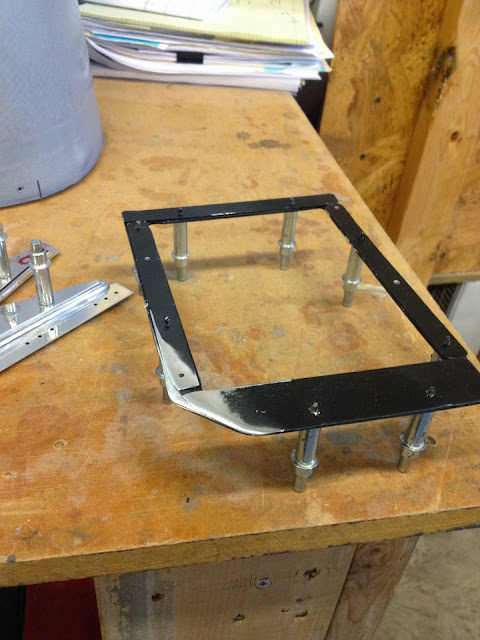 I had to add shims to the bottom of the frames and round its edge so it sits flush to the curves of the cowling. I even cut the corner off to help with the clearance. 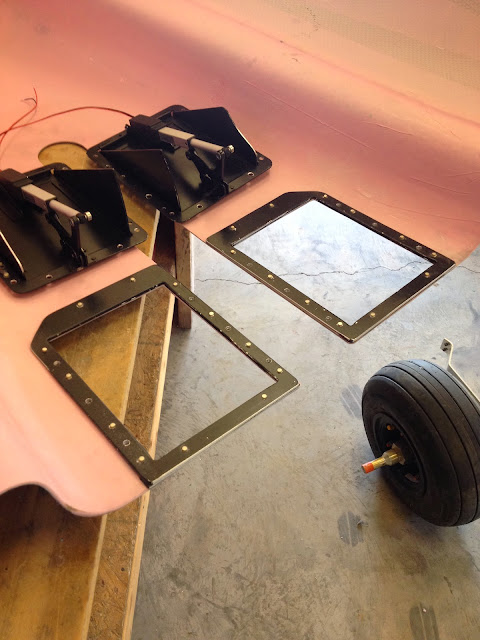 The frames installed and riveted in place. 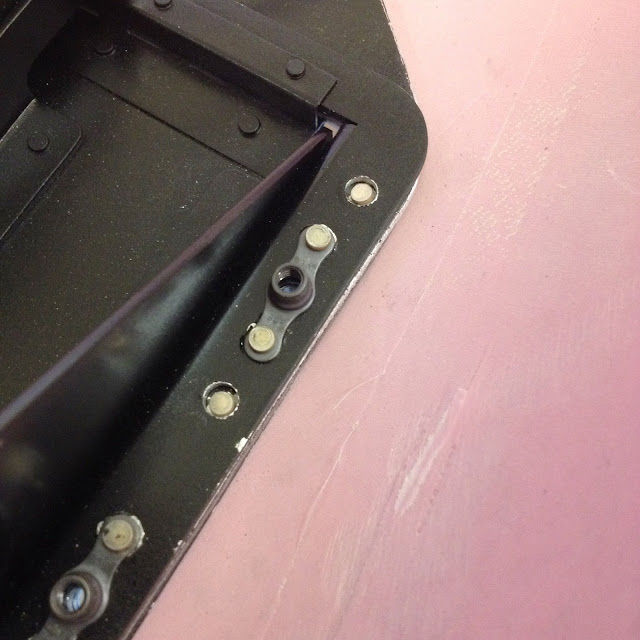 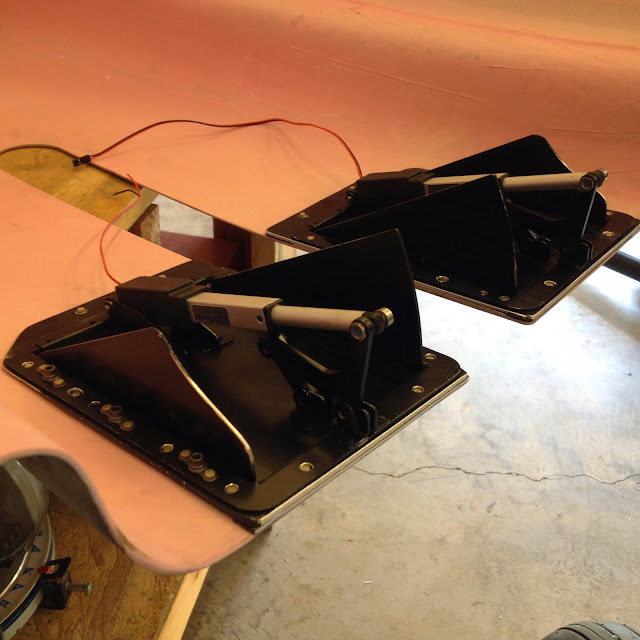 I installed a set of three nutplates on each side (6 total per flap). I used Vans center support plate as a guide since I want to use that part later. Note the notch cut out of the outboard flap side walls. This was cut to clear the exhaust. 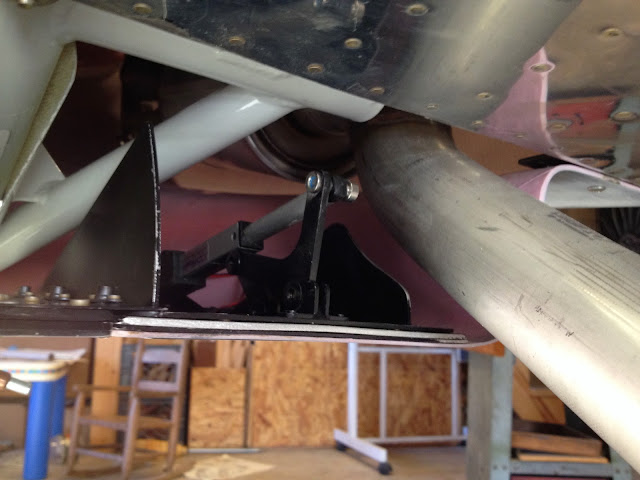 Here is a picture showing the reason for the notch. I also took the weight of the front wheel (flight configuration) to check for clearance on the landing gear while it sags without the weight of the aircraft. I had a 0.5" clearance from the gear to the inboard flap side wall. 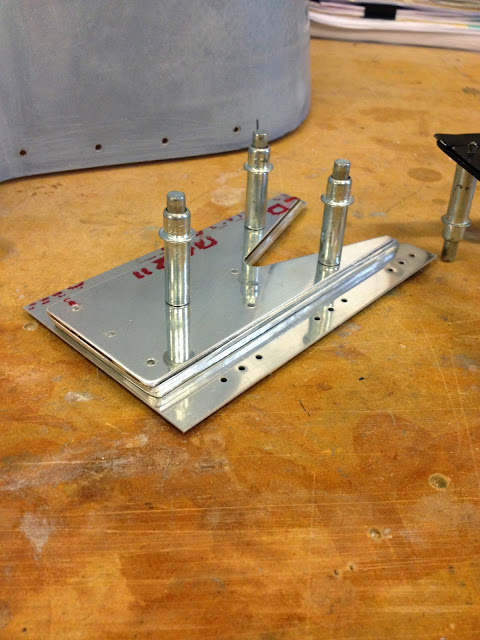 This is the center support plate from Vans. I had to add a lot of spacers due to all the additional material stackup in the lower cowling. 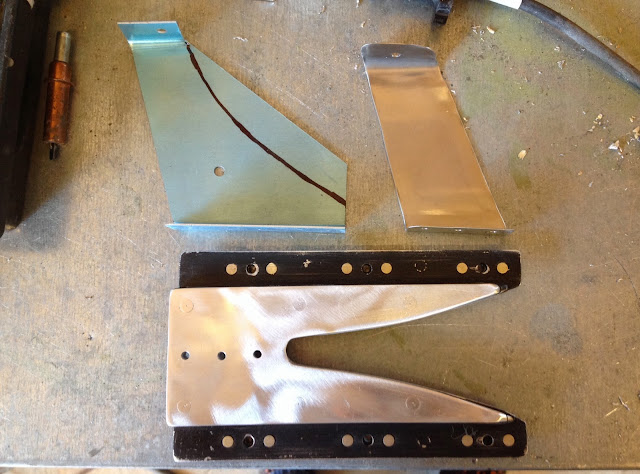 The Vans center support bracket is the blue piece in the top LH side of the pic. I made a new center support bracket form Stainless Steel. It's a little bit shorter than the the stock one due to the stackup of material. Plus this will hold the additional weight, what little bit there is, a lot better than the stock aluminum. I also had to open the center V notch in the support plate by quite a bit. I don't think this had anything to do with my cowl flap mod but it was a bit more work with such a thick amount of material. As a note I had to cut it past the first hole closest to the notch. I added another rivet hole centered between the remaining two. 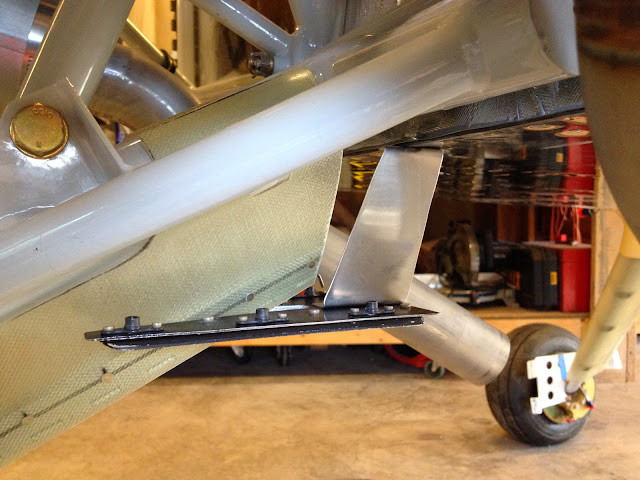 I also had to trim the nose landing gear pant to clear the center support bracket assembly. All of this would vary depending on where you cut your lower cowling, mine is flush with the rest of the cowling per the plans. 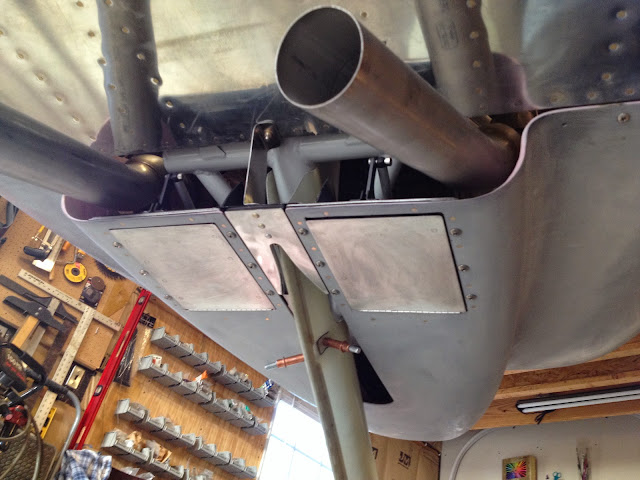 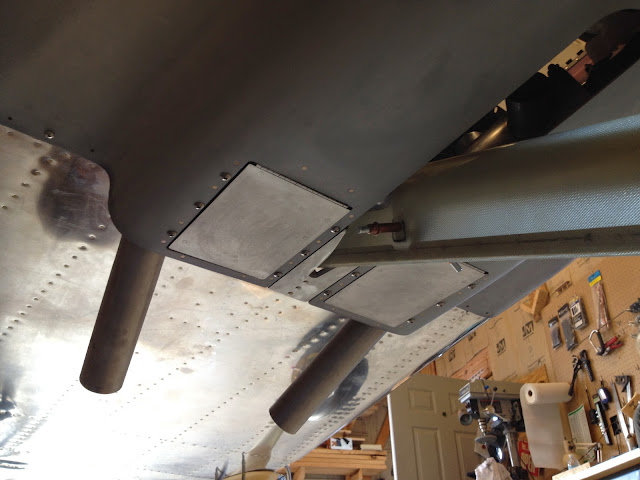 To remove the cowling you just unscrew the same six screws as normal from the center support plate. 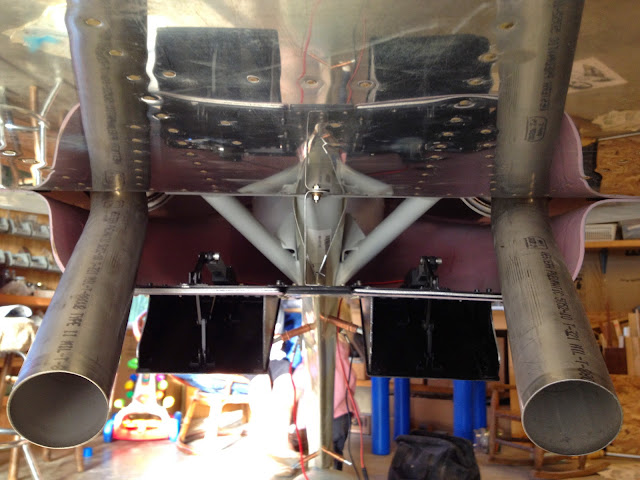 Here is a shot with them open. You can see how the cowl flaps almost double the exit area. Also, with the frame structure and stainless center support the entire exit area is pretty rigid. I feel very confident in the structure. 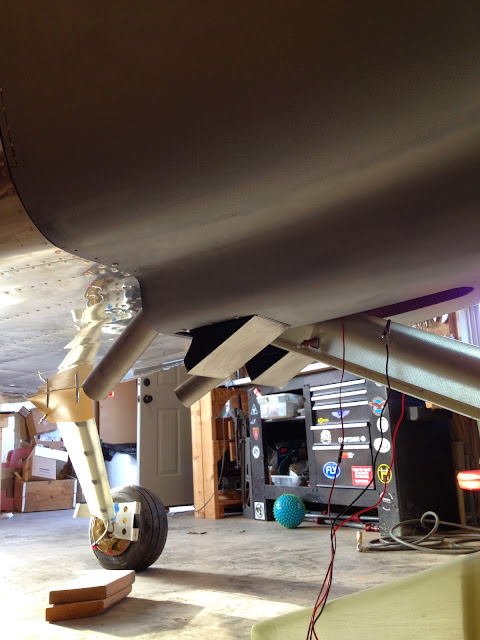 Another shot with the flaps open. The notch looks pretty cool, I think.

Here is a video of the flaps opening. -With my 2 year old commentating...sort of :)

And here is a video of them closing.

Posted by Justin Twilbeck at 11:47 AM