Well.....I finished building the Fuel Tanks. I still need to test and then install them. But, for now, I'm done with Proseal, MEK, and the slow process of tank building. I don't feel as excited or relieved as I thought I would be when I finally finished these things, maybe I'll feel that way when they are tested and installed. Other than being a complete PITA, the tanks assembled in a straight forward manner without much head-scratching. The one hang up I had with the tanks was the very last step when installing the Fuel Drain valves. In my mind the valves should have screwed all the way in, when in reality they leave about a 1/4" of thread exposed and kinda stick out from the tanks (sorry no picture). So, in an effort to monkey torque these in I galled up the threads a little....oops. I still have plenty of thread engagement and I installed them with Proseal so hopefully no leaking issues....there is always something that leaves you nagging in every section.

Wednesday April 24th - 1.5hrs - Cleaned shop and wiped down tools with MEK to remove all the Proseal. I'm counting this as Fuel Tank time since the tools only required that level of cleaning because of the tanks. 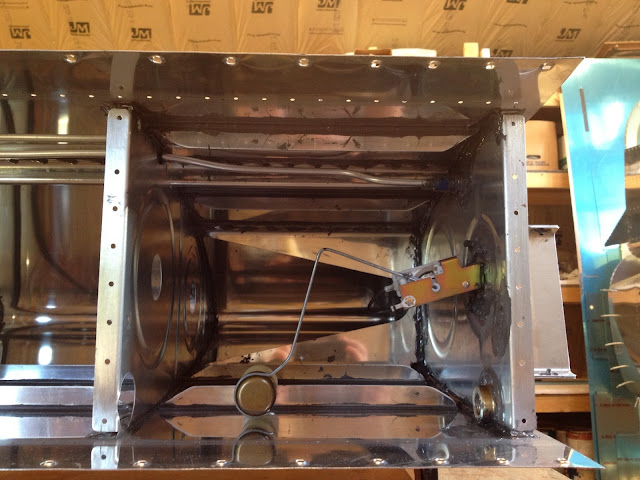 LH Fuel Level Sending Unit Installed. Notice the extra bend near the float I needed to create so the wire wouldn't hit the bottom of the tank.﻿ 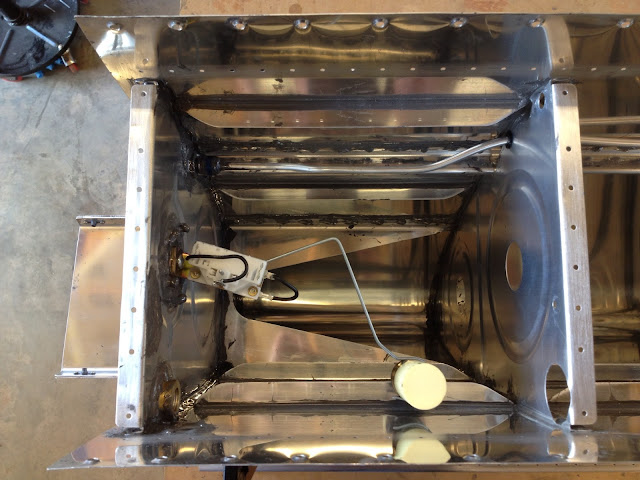 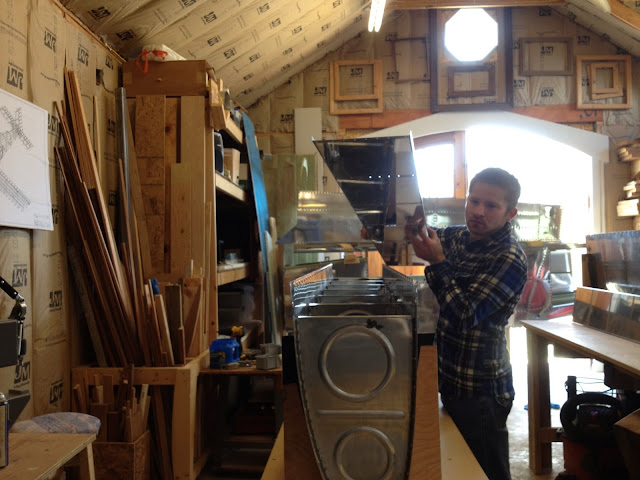 Getting ready to install aft baffle.﻿ 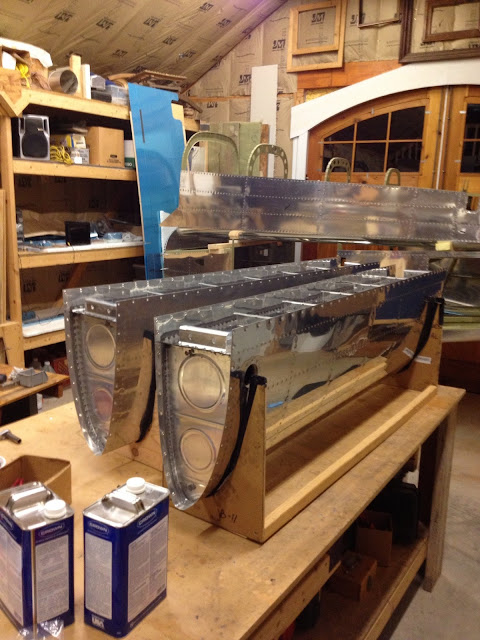 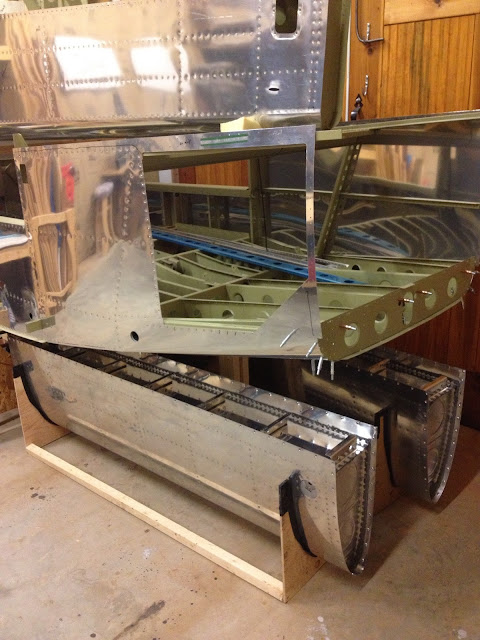 I slid the fuel tanks under the fuselage for safe storage. In a few weeks, when I know all the Proseal is cured, I will test them and mount them to the wing.
Posted by Justin Twilbeck at 10:02 AM