Ok. I'm so far behind in my posts I'm just gonna use the pics to run through what I did and wait until later to post times and such.

I built the spinner mount plates and then Alodined and painted them. Pretty easy step and I thought they looked really nice. 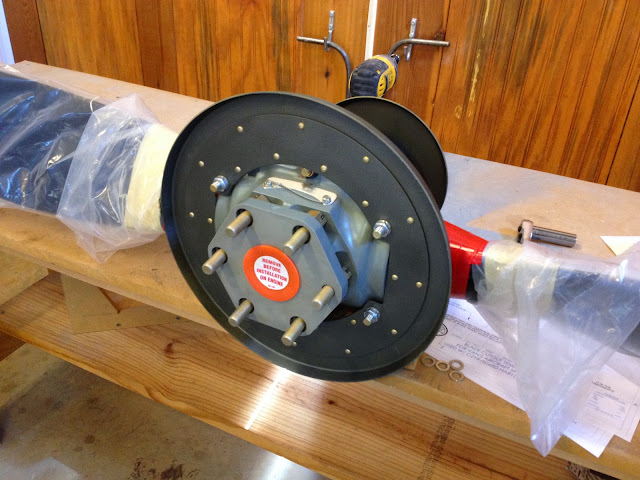 I printed off the cut templates that Hartzell made for this prop and glued them to the spinner to mark my cut lines. The only trick is that the two templates need to be 180 degrees off from each other. So I made a string the length of the perimeter and then measured the half way point on the string. Then wrapped the string around the perimeter again and the half way mark is exactly 180 degrees off the other mark. Simple. 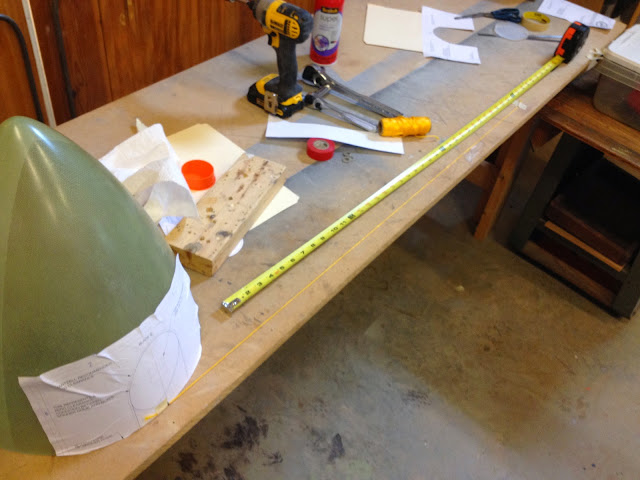 Everything lines up really well. No gotchas in this section. The spinner kind of centers itself on the spinner plates. 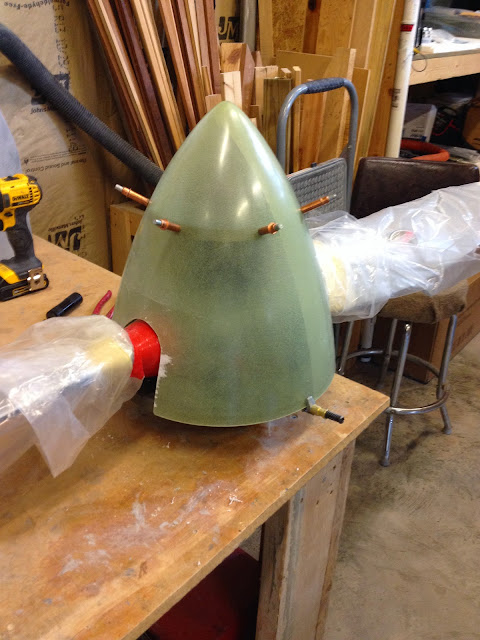 After I got the spinner at least clecoed in place I wanted to start on the cowling. I knew that after the cowling fitting would be done I'd want to take the prop back off for the engine work anyway. So I figured I'd just finish the spinner then and install the prop now. 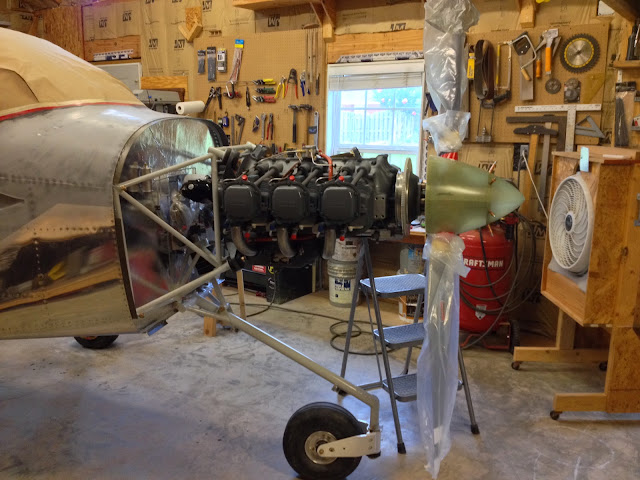 The prop goes on pretty quickly. I did the whole thing solo. So it is possible to install by yourself. The only PITA is getting the bolts tightened up when they are trapped in their small space. So you can't screw in one bolt very far before you have to tighten all the others. So you just make baby steps all the way around until they are all tight. 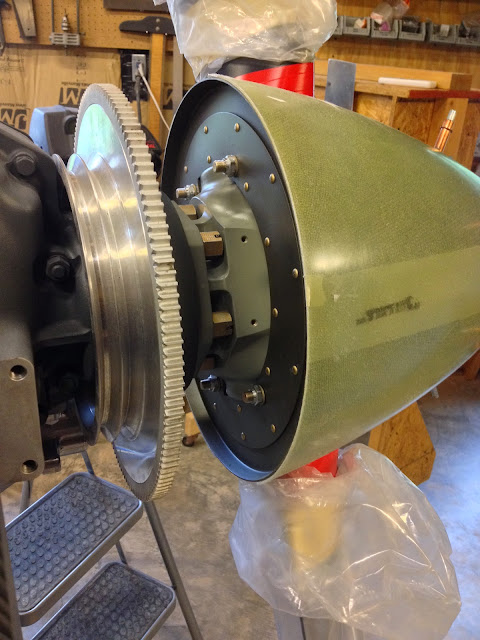 Once I had the spinner plates final drilled and all the nutplates installed I torqued and safety wired the mounting bolts. 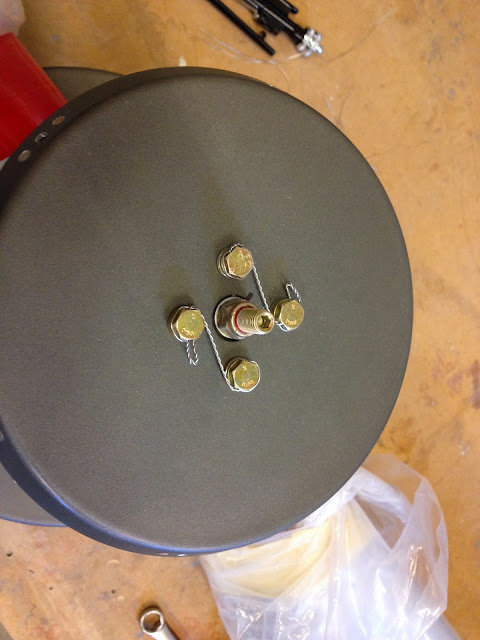 This is the best shot I have but I wanted to show that instead of making additional close out plates for behind the propellor I just used the pieces I cut out of the spinner in the beginning. So be careful when cutting out the propellor clearance holes in the spinner and you can reuse them for the close outs later. 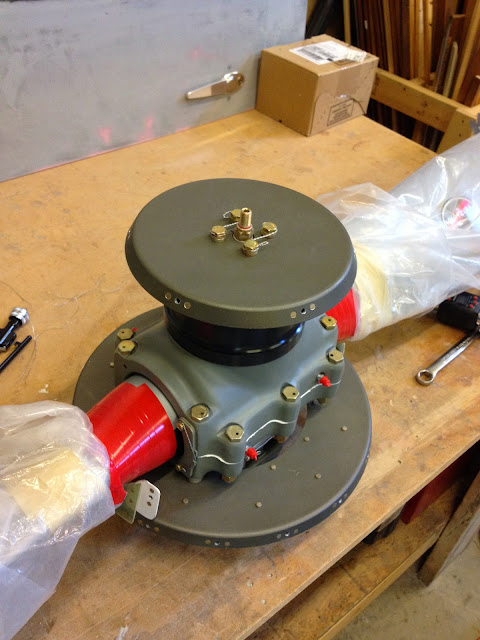 Posted by Justin Twilbeck at 1:00 PM