I installed the prop governor. Pretty straight forward, just followed the instructions supplied with the governor. Although it was simple enough to figure out without them. It is an MT governor that came with the firewall forward kit. My only concern is that this is installed without any kind of locking fasteners, but this seems to be standard so I'll carry on. .....maybe I'll swap them out for some lock washers later. 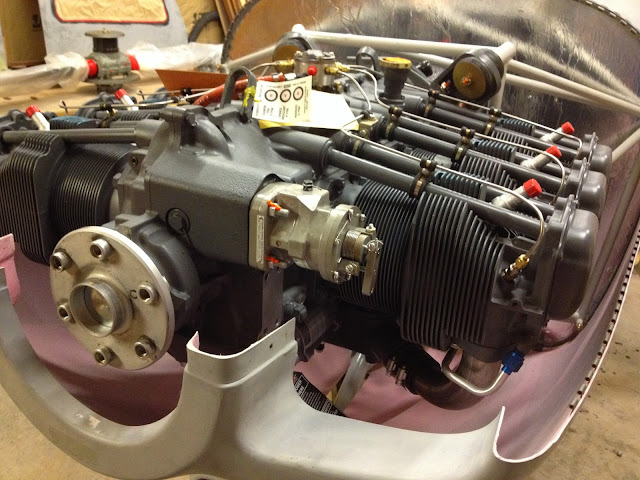 Next I removed the magnetos that came with the engine and installed some temporary close out panels made from high tech aerospace grade cardboard. I then installed fittings in the mechanical fuel pump and oil line connections. All per plans kind of stuff on the fittings. 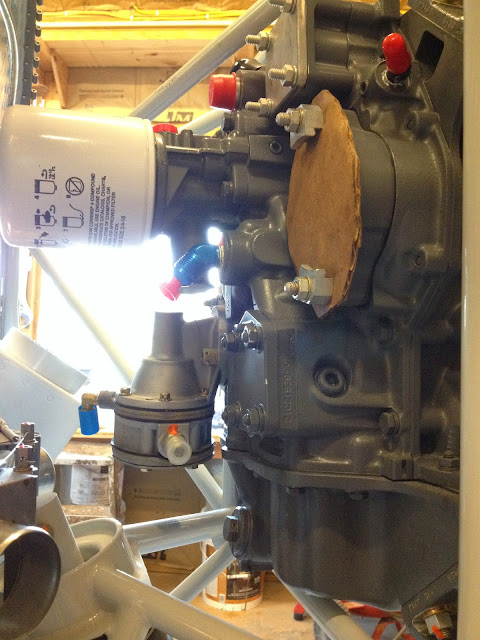 I installed the bracket for the alternator. Easy stuff. 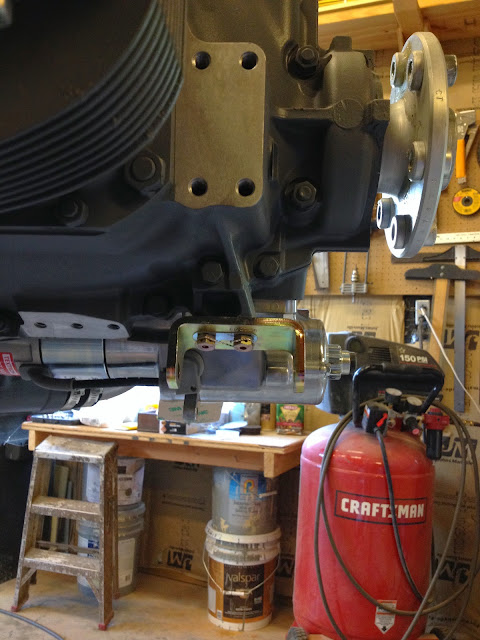 I installed the transducer sender mount. I didn't need to install everything per plans since I won't be using the conventional Hobbs meter, the EFIS system will be handling that. So I just included the fittings needed to install a fuel and oil pressure transducers. Later I found out that Garmin has you use the third opening in the block for the manifold pressure transducer instead of installing it through the firewall like the plans have you do. 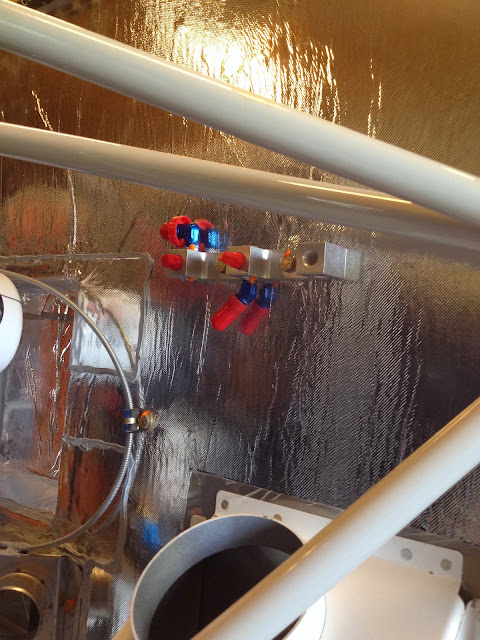 A pic looking the other way at all the fittings installed. 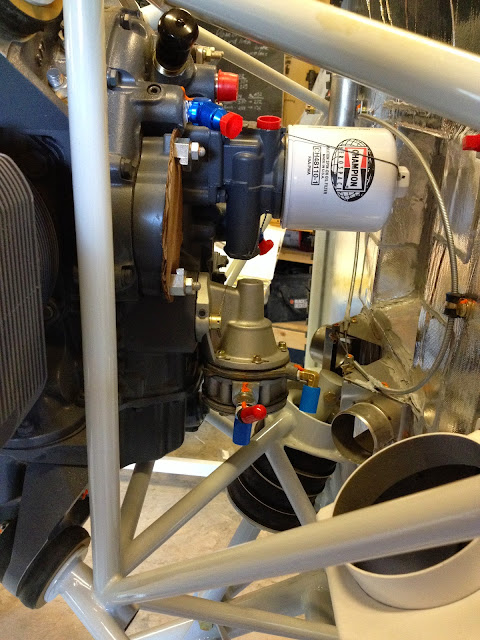 Also the fuel divider on top of the engine has a fitting installed that is intended for a mechanical fuel flow meter. Mine will be handled with a transducer somewhere else so the fitting was removed and I installed a plug in its place. 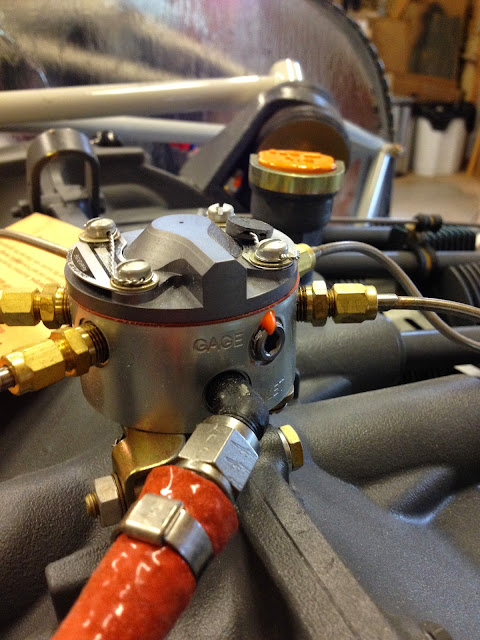 Also, all of the fittings were installed with Permatex Thread Sealant. Just like the brake lines a while back.

Starting to get caught up....almost there.
Posted by Justin Twilbeck at 2:17 PM