This was my first time going to Oshkosh. I've bee wanting to go for years to just see what it was all about. As everyone promised there are airplanes everywhere and a lot of things to see. To not bore you too much with my trip I'll stick with the highlights:

I flew commercial from Huntsville to Chicago, then Chicago to Milwaukee. After that, I was picked up by Bill; a fellow RV-10 builder. Getting a flight from Milwaukee into Oshkosh helped me out a lot and I really owe Bill one. Here is a pic of my ride into OSH. The logistics of this trip was a bit complicated...mailing my sleeping bag up to Ed, then he had to bring me a tent, and I didn't know how I was getting to Oshkosh until the day before. Then how am I getting back to catch my return flight? It all worked out in the end. 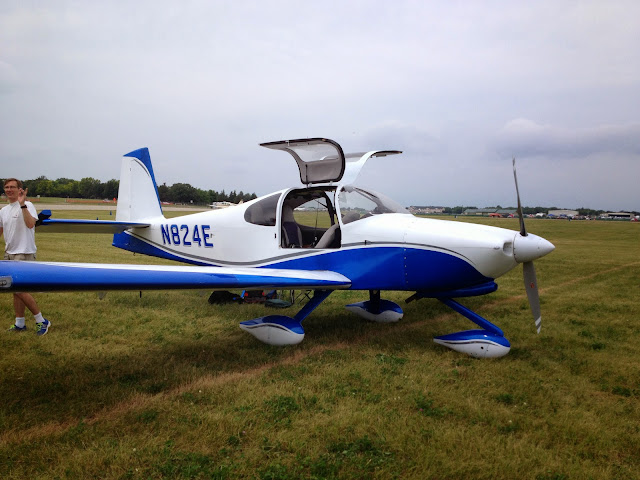 I got to meet Van himself! And I'm holding my backup instrument that I just bought. I got $100 off there at the booth. It's an AvMap mini EFIS. 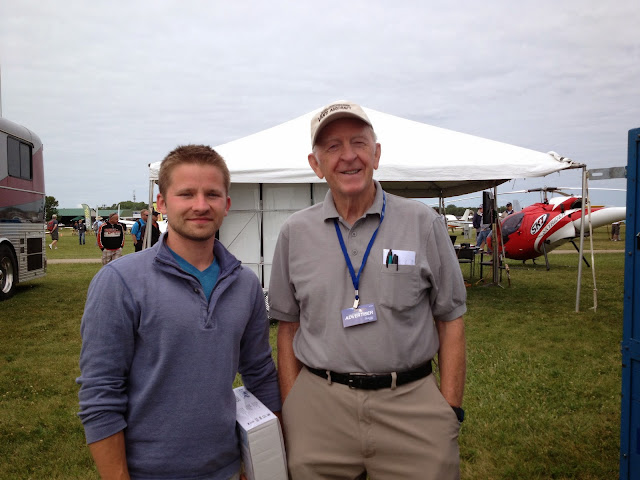 Lots and lots of planes. 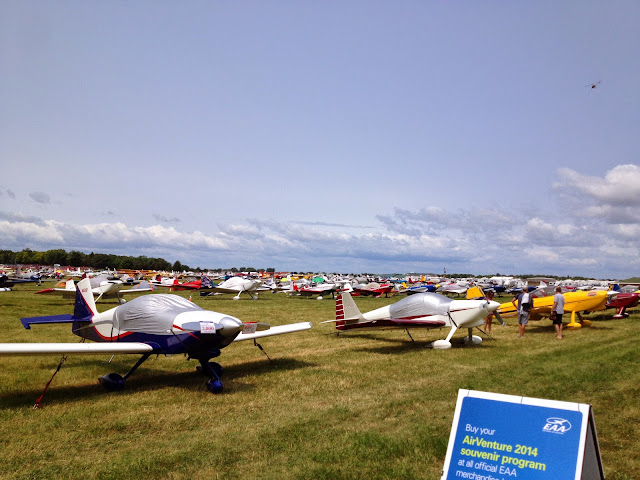 I had the awesome opportunity to go up with Tim Olson and do some formation flying with Lenny. I had never done any formation flying before. It's a cool sensation being in the air with another airplane by your side. 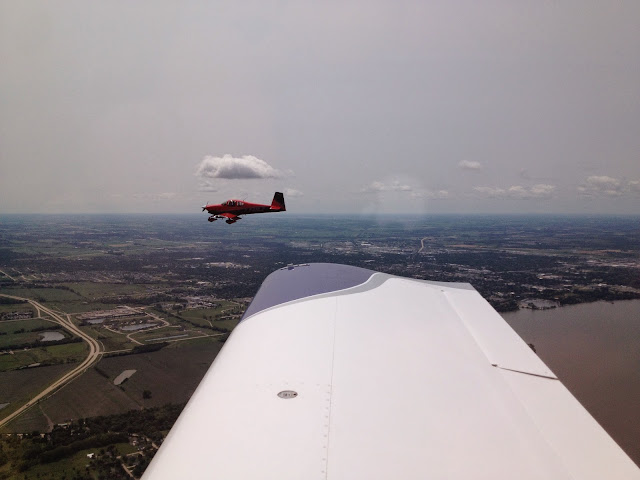 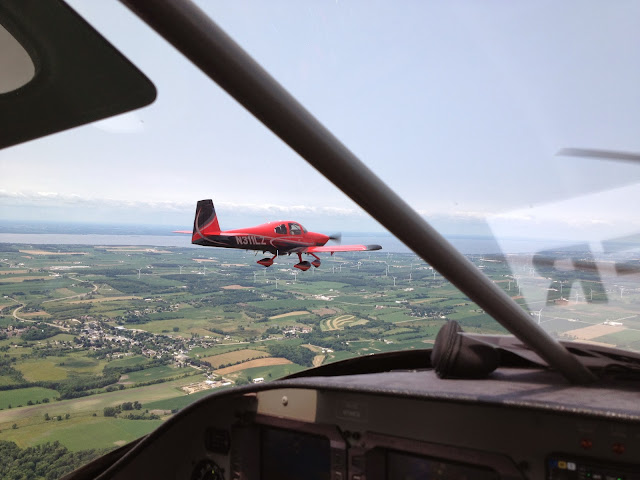 I walked the vintage grounds with Brian Unrein talking airplanes and checking out the beautiful old aircraft. 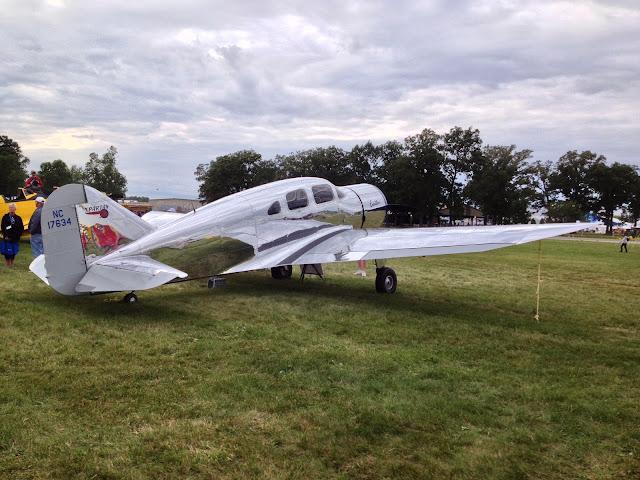 This one had a very cool Art Deco paint scheme. 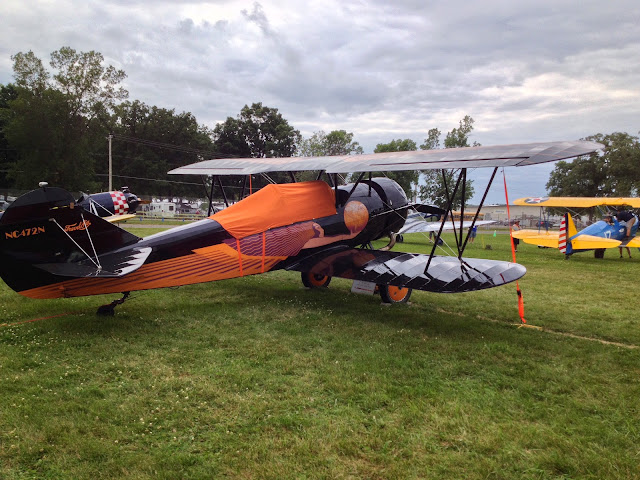 I officially changed my plans for installing the Dynon system after I got to see both the systems at OSH. I am now going with Garmin. Which means the cool models I made a while back are now useless. The ADAHRS tray I installed in the tail will need to be modified to install the Garmin Magnetometer. The roll servo will need to be swapped out. The pitot tube changed. ...and I'm sure I'm missing some other things but you get the idea. 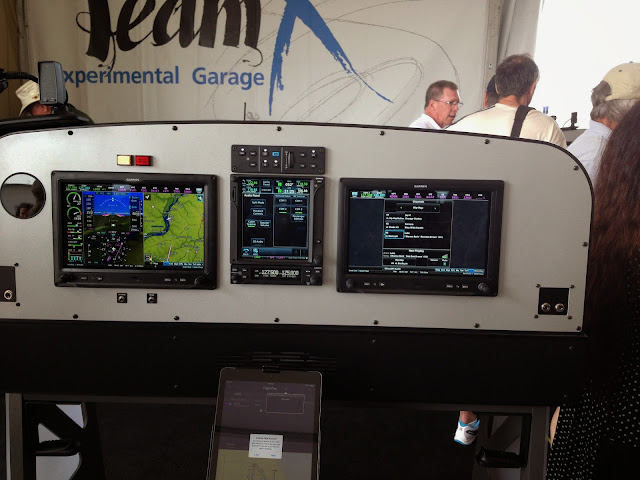 I haven't installed landing lights because I was thinking I would alter the Vans wingtips to better accommodate a landing light. But then I found these at OSH. I think I might just pick up a set of these instead of making my own. 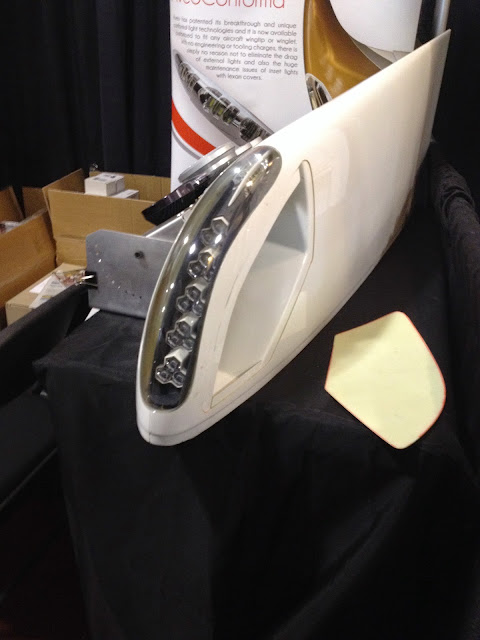 These are some new batteries from EarthX. They are Lithium Iron Phosphate and are a fraction of the size and weight. I really think I'm gonna use one of these instead of the lead acid battery. It'll save about 22lbs in weight! 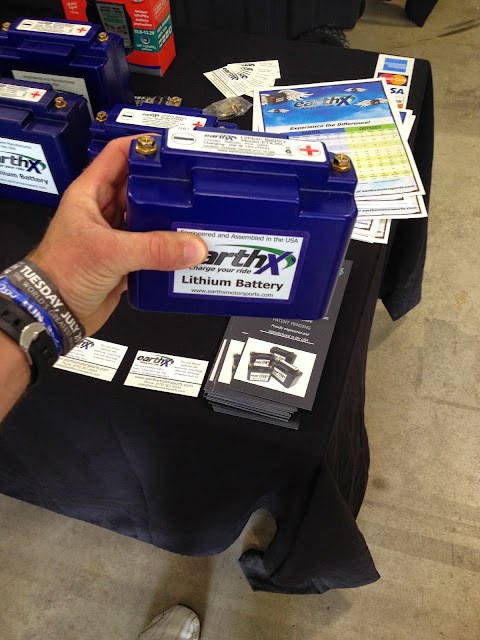 All in all in it was a good trip. I learned a lot and finally met a lot of people in person. The plane should be done by this time next year which will make the logistics of getting up there a lot easier....an exciting thought.
Posted by Justin Twilbeck at 12:13 PM