More Window Work and a Doubler

It's Easter weekend and Jess's parents came down to visit their grandchild, oh and us too, I guess. It was a beautiful weekend with relaxing in the sun, ham dinner, home brewed beer, and of course Easter egg hunting. With all the sitting around staring at each other my father in-law and I got a little bored, so why not work on the plane a little bit. I needed the help to install a doubler so it worked out really well that they were here.

Here is the view from the bottom of the plane. This will be my transponder antenna doubler. If you remember this is the spot where I dropped that bucking bar and made a huge dent in the bottom skin. Well, two dents actually. A large dent that was drilled out to create the aft most screw hole and a smaller dent forward of that, that became a rivet hole. All in all it's a happy ending to a disastrous event. You'd never know it happened now. 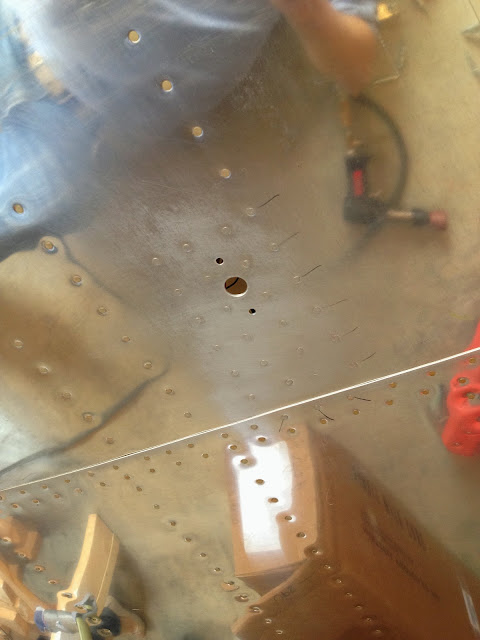 View from the inside looking down. The location is just aft of the baggage bulkhead and just to the right of the battery mount. You can see the rivet that is out of pattern with the rest that is the location of the second dent. 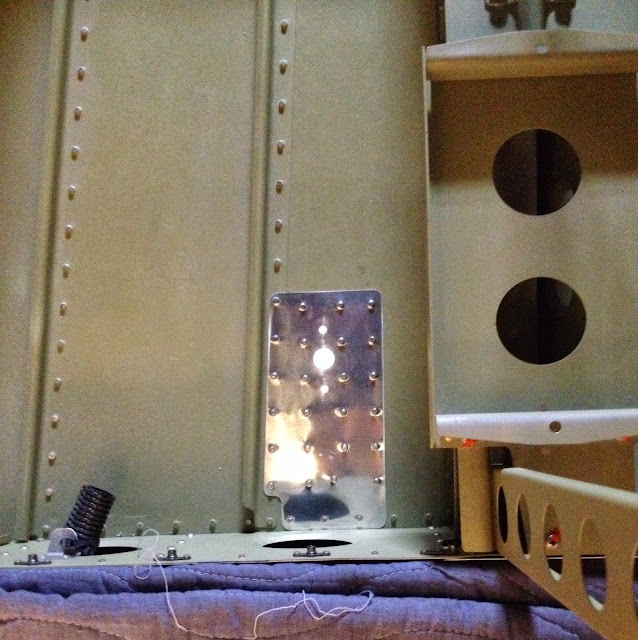 We also glued the windscreen in place. I installed it with the same method as the rest of the windows. One thing we did on this window, that I did on the others as well, was sand the edges smooth with 220 grit sandpaper before installing. 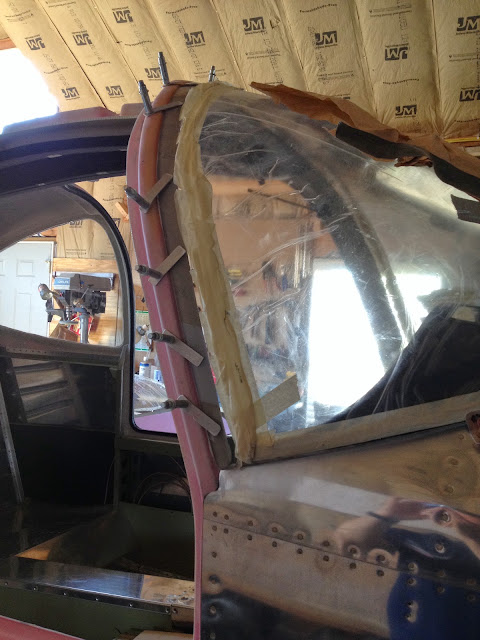 After a disastrous attempt at creating a fillet with just my finger....it was bad and every time I tried making it better it just got worse. I had to clean up everything I did with paint thinner and a plastic scrapper. It was a horrible nerve racking event. I thought for a second I ruined the window. This time I decided to tape off where I wanted the fillet to end and then apply the adhesive, wait a bit, and then remove the tape for a nice straight edge. There is some detailing left to do but it gave me a good starting point. 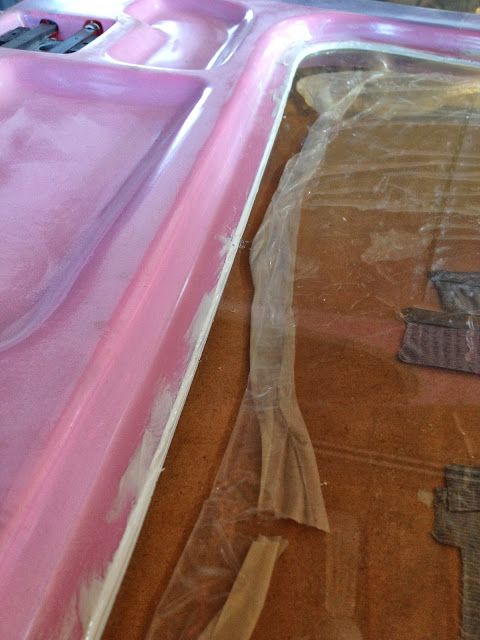 Of course there was some Easter egg hunting fun! 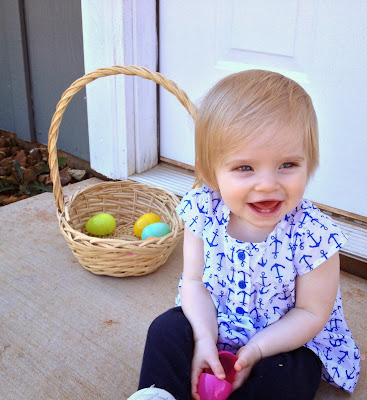 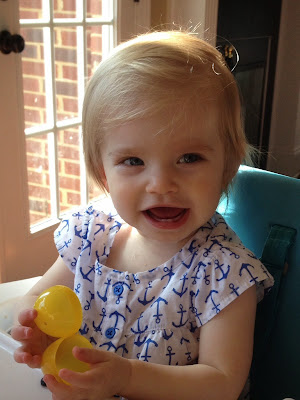 Posted by Justin Twilbeck at 4:16 PM