Now things started to get interesting! I'm continuing my "work detour" from the firewall forward and wiring stuff and trying to finish non fuselage parts for paint. One section I needed to complete was the wing install, at least enough to get the flaps and wing root fairings trimmed.

First I had to do the fuselage side work. I also completed as many steps as possible in prep for the wing fit day. 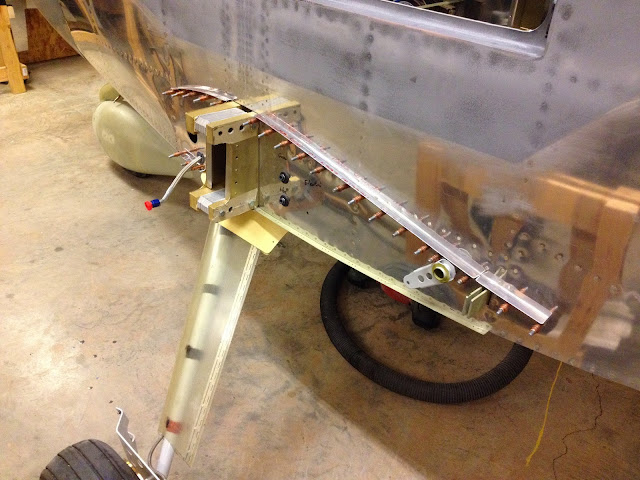 We had a great day, busy, but productive. Plus, Brian and Brandi flew over and helped us get the parts trimmed up and everything done in a single day. I wasn't going to leave the plane sitting outside overnight. Brian was a great help; I don't think I could have gotten the job done in a single day without him. Also, I have to say thanks to the guys that helped me get the wings on and off, Kris and Mike. The job was easy with three people. With all the commotion of the day, people coming and going, I didn't get a chance to take pictures of anyone helping or any work being done....why does this happen every time Brian and Brandi come by?


But I did get a family pic in front of the plane! 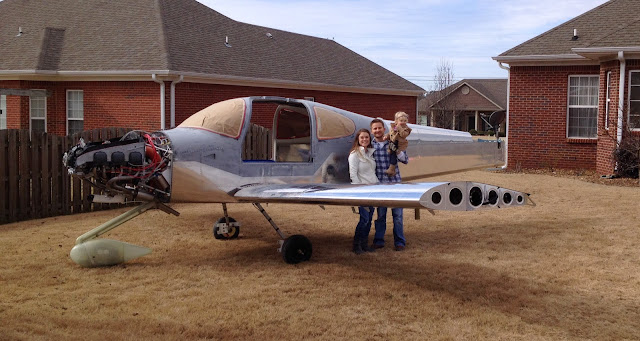 ...and an awesome shot of the plane and the shop from the roof! 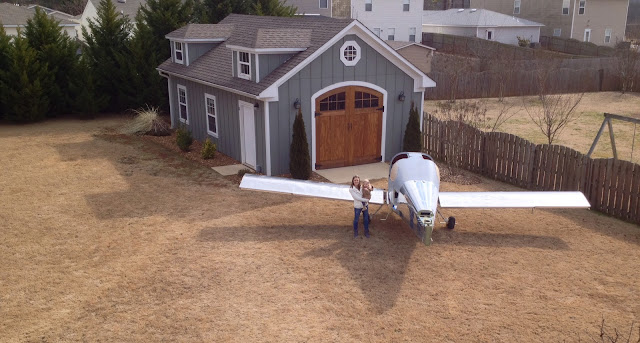 ...and an end of the day pic - before we pulled the wings off and everything went back to normal. 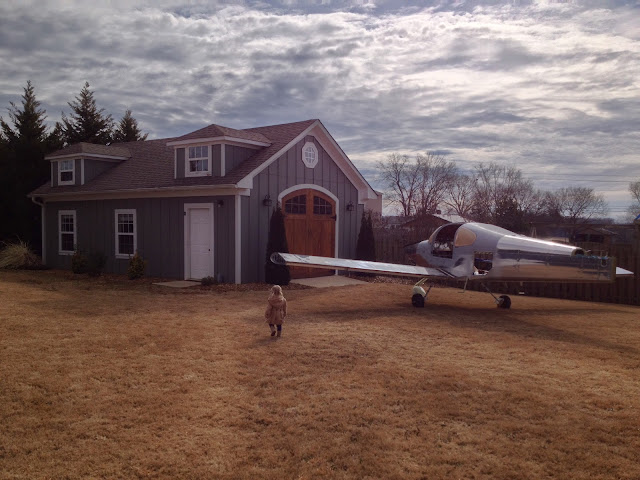 Posted by Justin Twilbeck at 1:44 PM