Sorry for the big delay in posting. I don't know what happened. The days just flew by. A quick update and then I'll let the pictures tell the rest of the story. I finished the flap actuation section. I had to open up the holes in the UHMW plastic bearings before they even slid onto the rods. I then installed the entire system and found everything to be very tight. There was a lot of resistance when trying to rotate the tubes. So I took it all apart and applied grease, didn't really fix the problem, so I took it all apart again and cleaned up the general purpose grease I applied and replace it with white lithium grease in the plastic bearings...now that worked. Everything rotates very smoothly now. I also added provisions for my flap position sensor to be installed later. And then I tested the motor with a 9-volt battery just to be sure everything moved like it should.

Used the jig to set the angles of the flap horns. 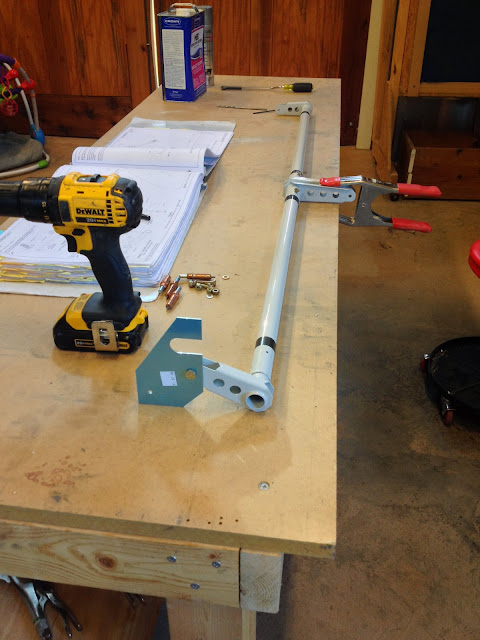 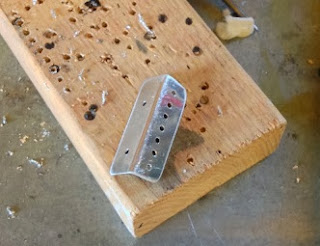 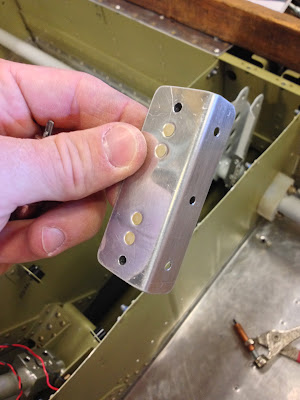 View looking forward showing the flap motor installed and the location of the flap position sensor. 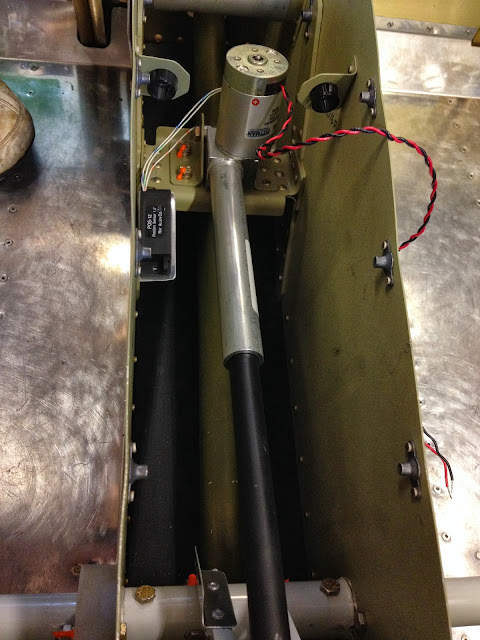 View showing the flap crank attaching to the motor arm and safety wiring. Also the angle that will be used for the flap position sensor. 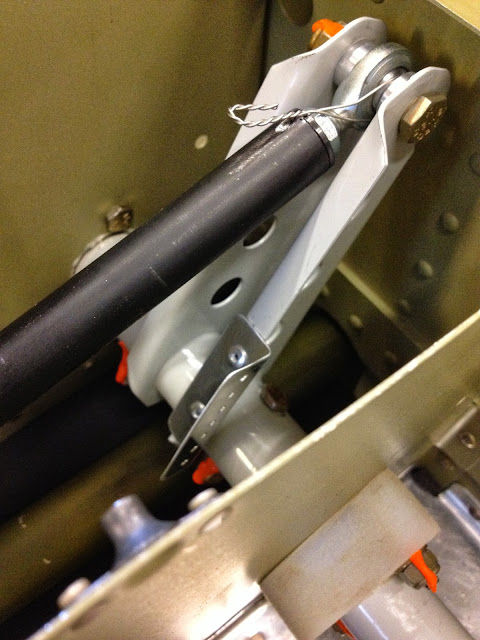 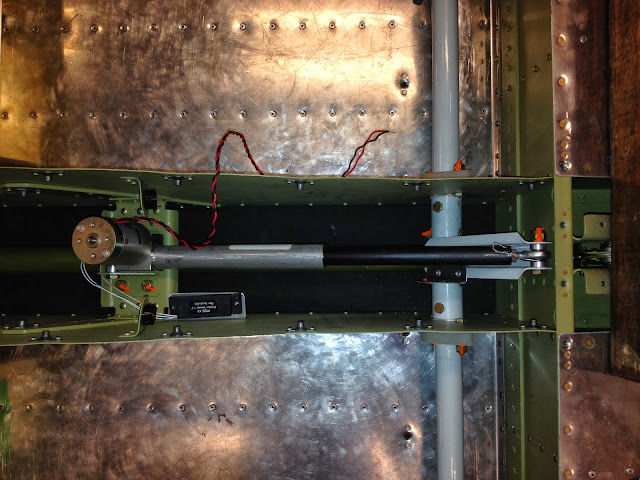 Posted by Justin Twilbeck at 12:50 PM