It felt good to finish up another section of the plans and to do it so quickly when compared to the tanks. The Flap Fairings have been patiently waiting to be completed for a while and I crossed those off the to-do list. Conduit needed to be ran and I finished that as well. I cut the little tabs off the 22(?) flap ribs, sanded and deburred them as well, while grilling outside. I hung the skins in place, placed the ribs back on the shelf, then cleaned the shop and put my tools away to be prepped and ready to start the next section after Memorial Day weekend. 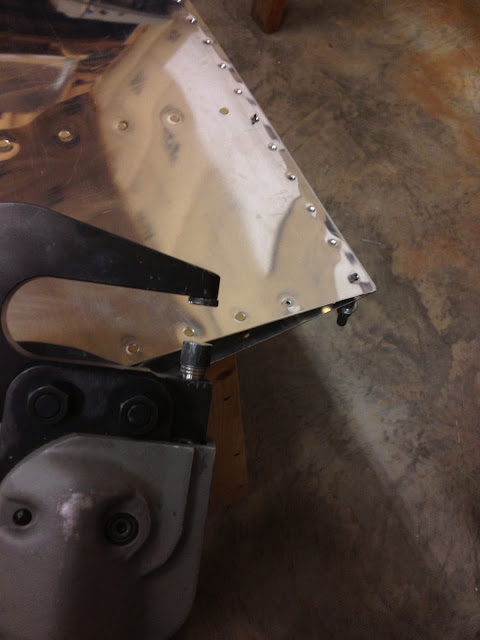 I was able to use the squeezer for all but the last rivet and instead of fighting to get a solid rivet installed there (and possibly bending the edge of the aileron) I just popped a blind in and moved on. I used an MK-319 rivet instead of the the AD3 rivet that is called out. The blind rivet is weaker than the solid, but in this case the material will fail long before either rivet would, so it doesn't matter. 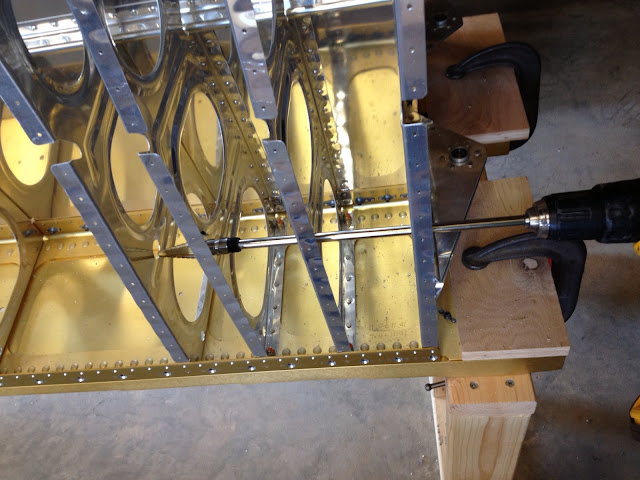 I used an extension on the unibit to drill through the wing walk ribs. I then sanded the holes down with a dremel to clean up the hole. 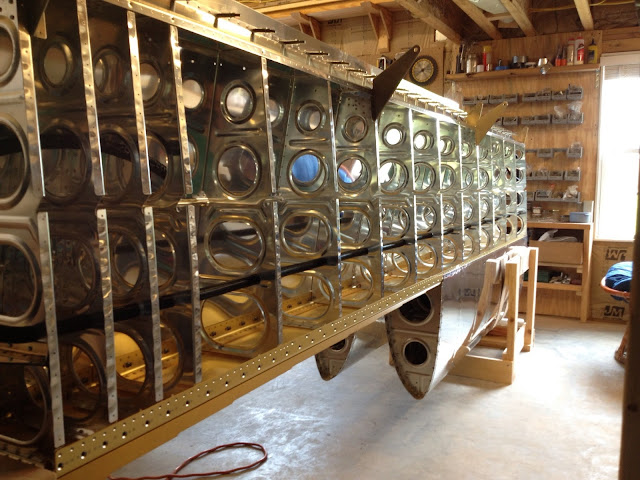 I ran all the conduit through the wings. I just enlarged the standard hole that you create in the plans. Somewhere Van's aircraft has posted that enlarging this hole to 3/4" is acceptable to run their conduit through the wings. I still went with their conduit even though the corrugated edges make it difficult to pull through the holes and I've heard it's difficult to pull wires through, for three reasons:
1. It sretches, help during flexing of the wings.
2. It's made of Nylon which has a temperature range of -40 to 185 degrees F.
3. It's cheap.
﻿ 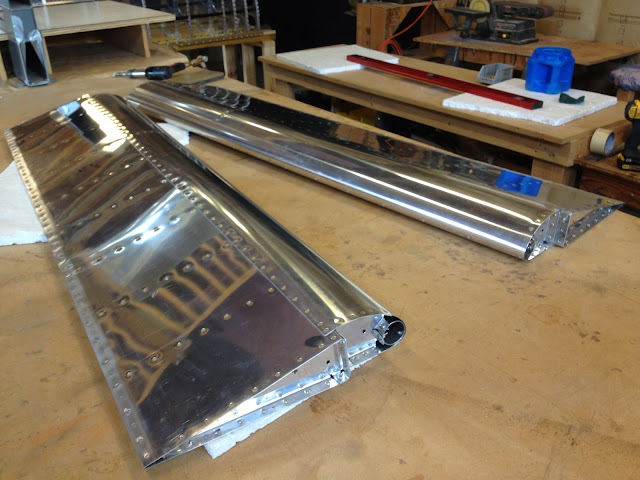 A look at the finished ailerons. 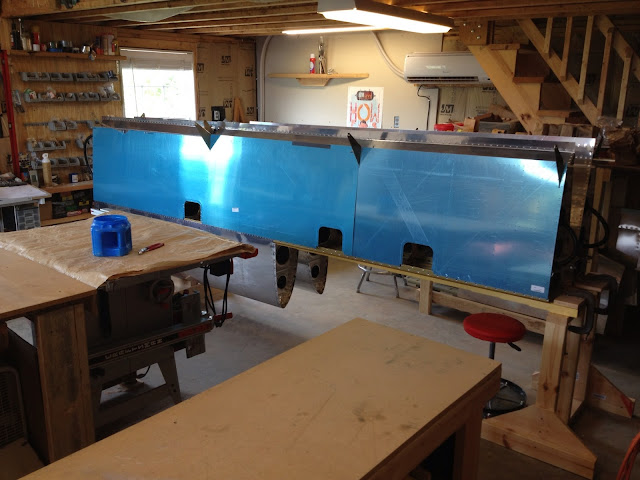 Wing bottom skins hung in place.
Posted by Justin Twilbeck at 11:29 AM