Ready for a science lesson. As ferrous metals repeatedly move through Earth's magnetic fields they can become magnetic. World War II war ships would need to be degaussed (de-magnetized) to prevent setting off Nazi sea mines. They would get magnetized from moving through the earths magnetic fields. Well, as I've been flying around apparently my steel seat belt cables became magnetized. They're magnetic fields during turbulence or steep turns (therefore they were moving a lot) would result in my magnetometer being confused and I would get the error messages shown below. This took some head scratching at first to figure out what the problem was. But after taking out the seat belt cables and watching a compass go sporadic when placed next to the cables I was convinced they were the culprit to this gremlin. I replaced the steel cables with stainless steel cables and the problem was fixed. Although later tests showed that a tow bar (made of steel) placed really high in the baggage compartment can cause the same issue, so beware. 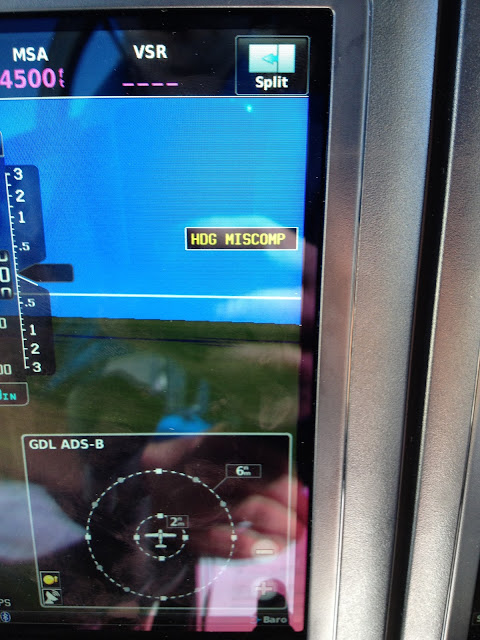 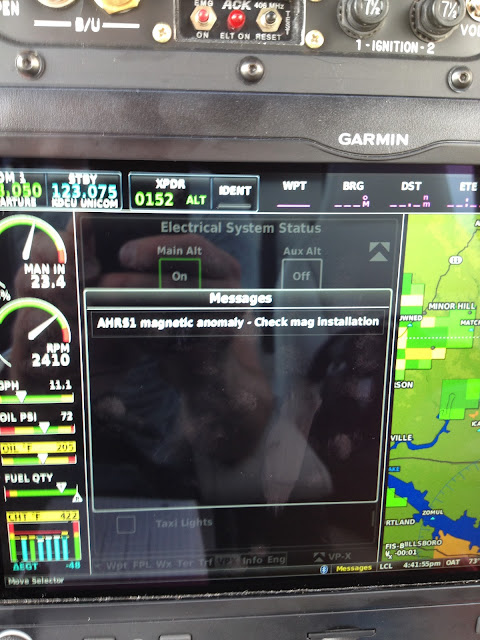 Here you can see the steel seat belt cables and their proximity to the magnetometer. 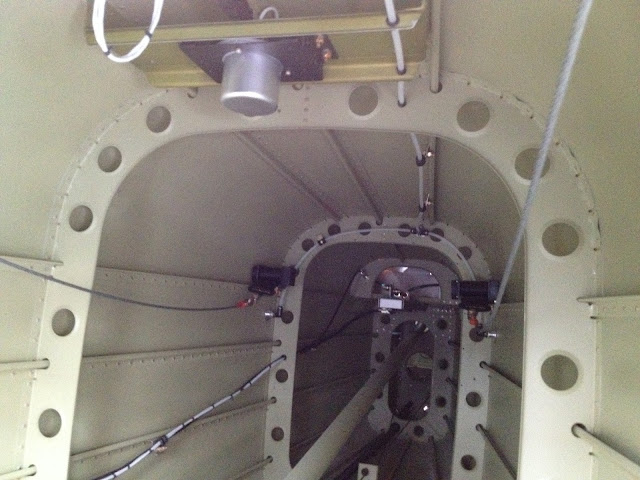 Posted by Justin Twilbeck at 2:25 PM