I needed to come up with some kind of shelf to hold the avionics that needed to be in the tail. My goal was to put as much of the avionics in the nose as possible, since the CG on this aircraft can only go aft as you load it. But it made wiring for the lights simpler by just running them aft so that is where the LCU needed to be installed. Also, the ELT needs to be in the back and I decided to install the GDL 39R (ADSB) box in the tail as well. This happened for two reasons: it is close to the antenna and it only has four wires that needs to run up front.

To minimize the alterations to the existing structure I decided to use the four aft screws in the bell crank plate and install two small angles on the frame and stringer. The trick was getting everthing level. 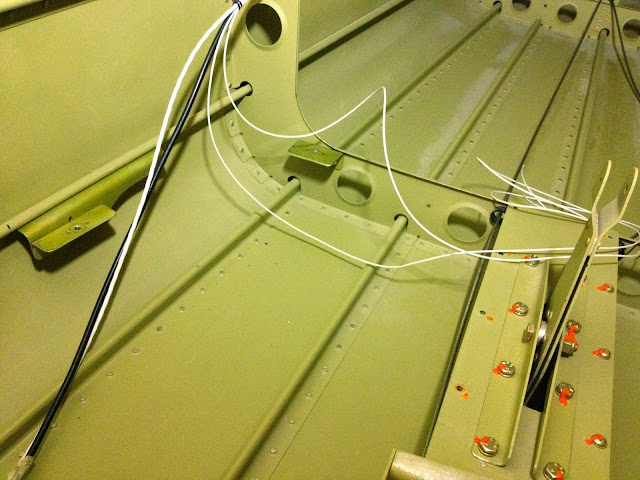 This shows the tray installed and all the wiring in place. The GDL 39R isn't installed yet but it will be installed on the bottom upside down. 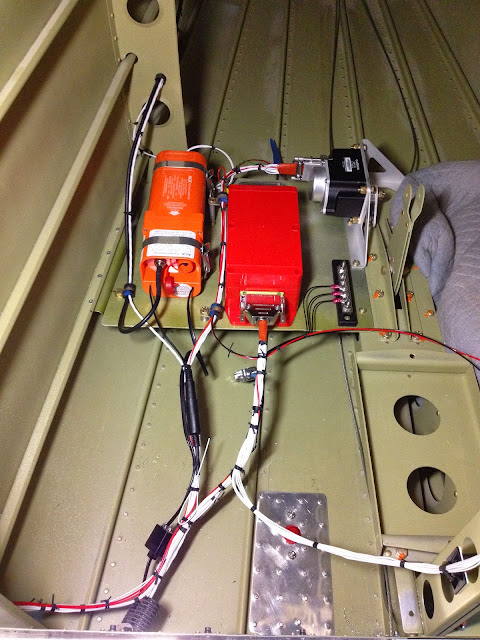 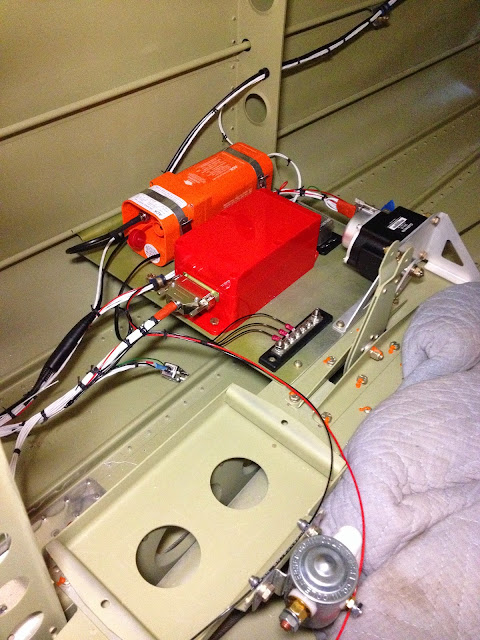 Here youi can see a small fuse block installed behind the LCU this holds the fuse for the lighting system since it will connect directly to the battery. Aslso you can see the edge of the ADSB antenna doubler on the LH side of the picture. 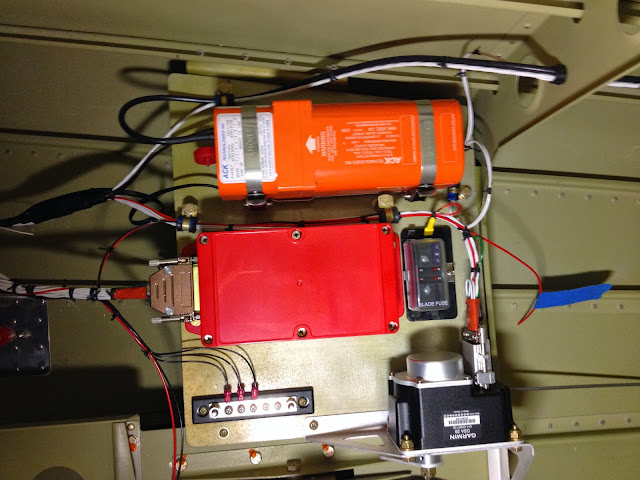 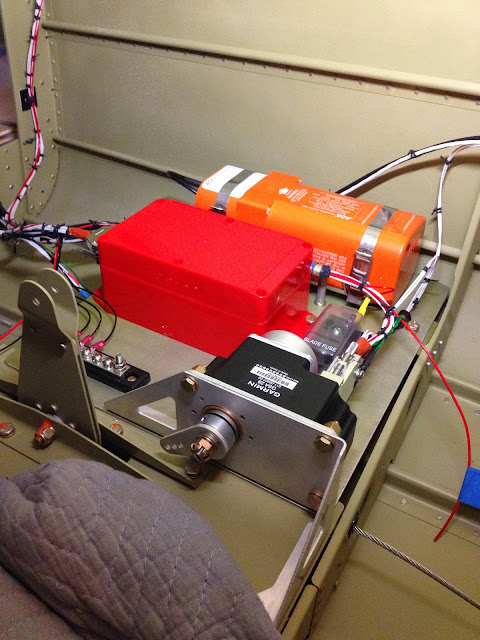 Posted by Justin Twilbeck at 3:27 PM