The engine mount covers from Aerosport, I think, are important. They do a great job sealing the plenum around the engine mount that protrudes through the baffle. I had trouble installing the LH cover, though. I wish the flanges were double the size on the covers and this issue could have been avoided, but others have installed them with no issues (such is life). After installing the cover I realized that the nutplates were going to hit the mount, not good. So, I drilled them out and moved them. But I still wasn't happy with how close they were. So, I decided to add a flange to the mount covers. Basically, I made a ring that attaches to the cover plate and then screws into the baffles allowing the nutplates to have plenty of distance from the engine mount. Problem fixed. 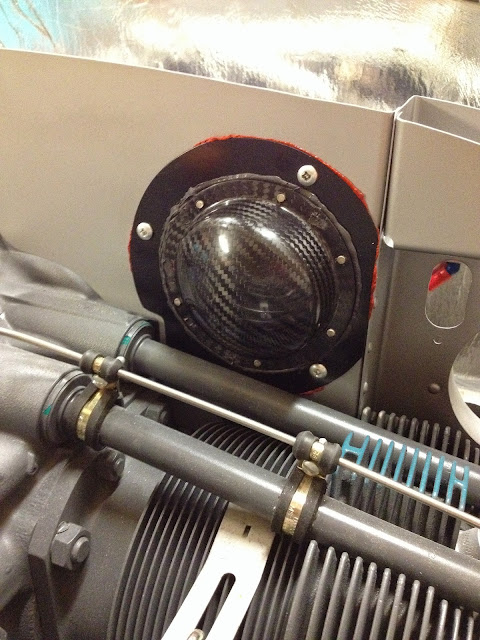 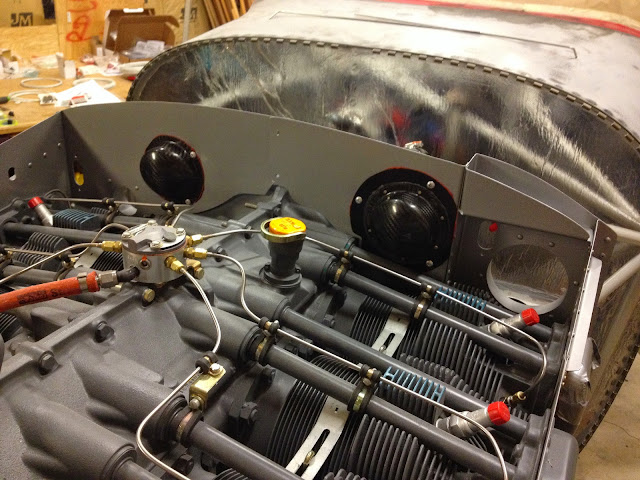 Posted by Justin Twilbeck at 3:34 PM