I had what was described as an ADD Saturday. I pilot friend of mine had free tickets to the Memphis Speedway, I've never been to anything like that before so we decided to fly to Memphis for a few hours to watch the races. The costs would be split 3 ways since we would be bringing a passenger with us as well. So, a cheap flight and free tickets, sounds like a great plan.

Saturday morning brought some large storms over the Memphis area cancelling our plans. So plan B; we'll fly East instead to Chattanooga for the day and do some zip-lining, sounds like a great plan.

The storms are moving East and looks like by the time we tried to head back we would probably be stuck in Chattanooga. So Plan C; we'll fly around town and just shoot some approaches and get lunch.

Weather briefer states the storms will be in our area within 30 minutes, ok no flying today. So plan C; with nothing to do for the day the guys decided to help me rearrange my shop moving the wings to the loft and shifting the large work table to the side so I could position the airplane in the center.

So after a day of bouncing from one idea to another it turned out to be a very productive afternoon. All the finished parts: wings, ailerons, flaps, vertical stabilizer, rudder, elevators, horizontal stabilizer are all stored in the loft. All the piece parts have been moved down and on the shelves for easy access. And the entire shop rearranged to make room for what was about to become something that resembles an airplane.

The next day I called a good friend of mine to stop by for a few hours and help me finish riveting the aft skin of the tailcone. Being the lightweight of the two of us I laid down some blankets and crawled into the tailcone. I good day to be a smaller guy, but still very tight and uncomfortable. We finished the skin and started lining up the two parts, tailcone and fuselage, for what I hope will become a very long relationship between the two. It was pretty easy and went a lot faster than I thought it would. I then swept up the shop, sat down, and just stared at it for a while....awesome.


Total time over the weekend - 6hrs
(including moving airplane parts, riveting the tailcone, and clecoing the tailcone to the fuselage,
not counting sweeping the shop and moving tools) 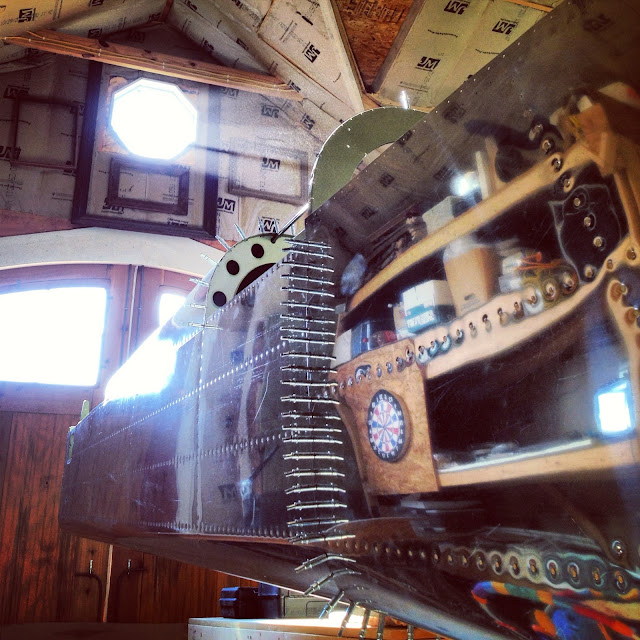 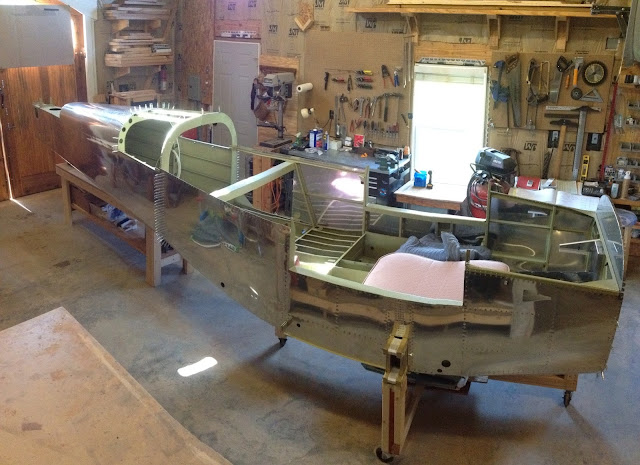 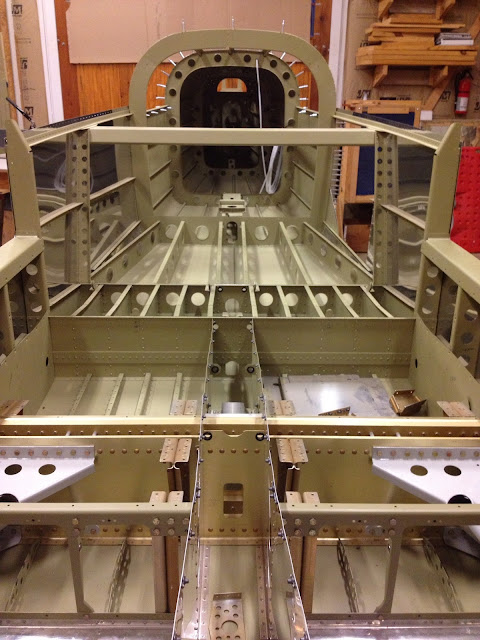 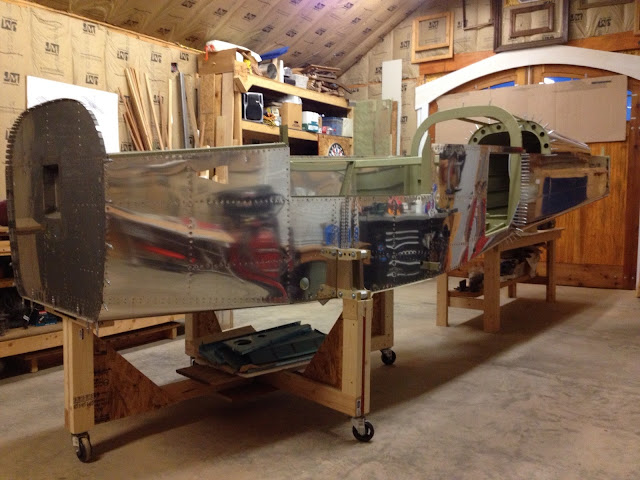 Posted by Justin Twilbeck at 12:03 PM